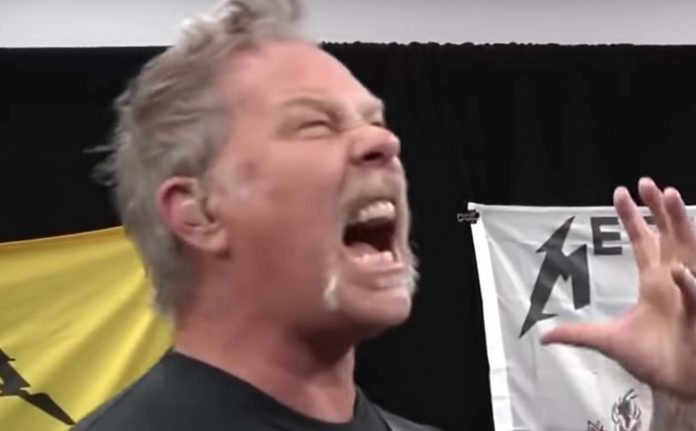 In a new interview with Vinyl Writer Music, he said that he has been “secretly hoping there’d be a day” when he could write music again with his former bandmate in Metallica, James Hetfield. He added: “I think the world really does want us to do that, and I think there is a pretty good possibility of it happening down the line.”

He continued: “I do think that it’s possible that one day James is going to come around and that he and I are going to be able to do something together again. I guess that’s one of the things that has always kept me pushing forward. I think it’d be good for Megadeth, and it could be great for Metallica too.”

Mustaine had apologized to Hetfield for publicly discussing the fact that Dave wanted to assemble a “supergroup” combining Mustaine and then-Megadeth bassist David Ellefson with Hetfield and Metallica drummer Lars Ulrich.

Hetfield laughed off talk of a possible collaboration between members of his band and members of Megadeth in an interview, calling it “crazy” talk on the part of Mustaine. An early member of Metallica before being kicked out in early 1983, Mustaine has jammed with his ex-bandmates on several occasions in 2010 and 2011 during “Big Four” shows and at Metallica’s 30th-anniversary concerts. Mustaine feuded with the members of Metallica for more than two decades before finally patching things up more than a decade ago.