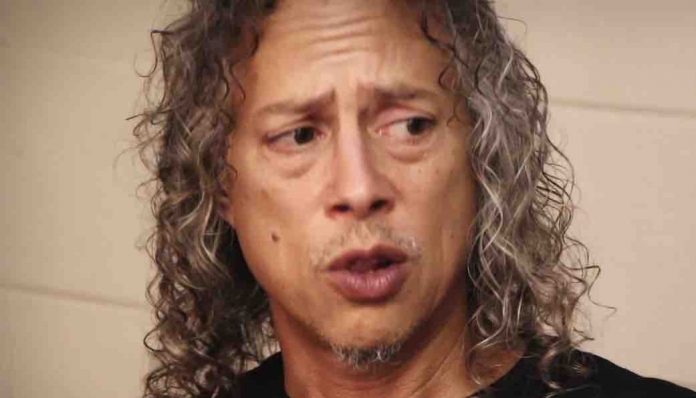 Les Claypool recently opened up on his high school friendship with Metallica’s Kirk Hammett and how the Metallica guitarist informed a lot of his early musical tastes. The Primus bassist and vocalist noted how Hammett revealed to him the key elements of success back in the early days.

Les Clay opens up on the conversation

Rock and metal history has seen a few examples of childhood friends who went on to achieve super-stardom through different bands, and Metallica’s Kirk Hammett and Primus’s Les Claypool are one particularly interesting example.

Being one year Claypool’s senior – “when you’re in high school, that’s a big deal”, notes the Primus Bassist in a new interview with Revolver – Hammett was the older cool kid who provided Les Claypool with a window into the glorious world of heavy music.

Claypool then recalled that the two bonded over their shared love for music in the first place (transcribed by UG):

“Kirk was an interesting guy in high school. I think a lot of people didn’t even realize that they went to school with a guitar player from Metallica. He was a very unassuming person. We bonded over was music, because I would always come in singing some Aerosmith song or something, whatever popular rock thing was going on at the time.

“And I didn’t play an instrument, and he always had all these guitar magazines, he’d be like, ‘Hey, Claypool, check it out, man.’ He had showed me a picture of the guitar he was gonna get, a picture of a blonde Strat. And sure enough, he got the blonde Strat. He’s like, ‘Man, I know the three key elements to success – sex, drugs and rock and roll.’ He was like Tommy Chong. He’s the one that turned me on to Hendrix, he would give me cassettes.”