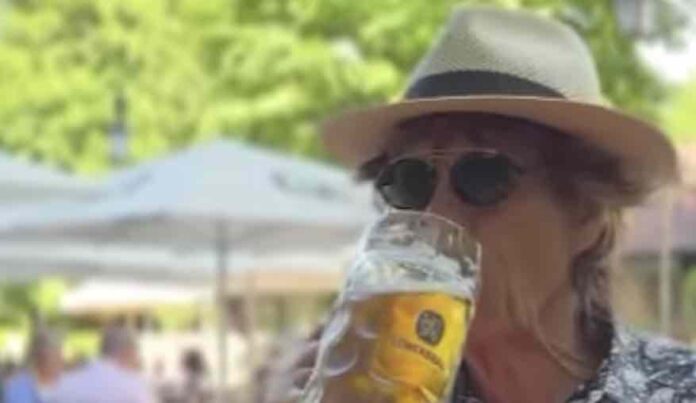 Mick Jagger ordered a huge beer at an outdoor Munich, Germany bar in a new video, as seen below by scrolling down.

Keith Richards says the band wants to stay together

The Rolling Stones are reportedly working on their 24th studio album with session musician Steve Jordan recording the drum parts following Charlie Watts’ death. The beginning of the tour was marked by an emotional video tribute to the late drummer, who passed away last Summer at 80 years old.

The two tracks were featured in the “Live At The El Mocambo” album, which is being released in full for the very first time on Friday, May 13. The album will be available on double CD, four-LP black vinyl, four-LP neon vinyl and digitally. It features The Stones’ full set from the March 5 show, plus three bonus tracks from the March 4 gig, newly mixed by Bob Clearmountain