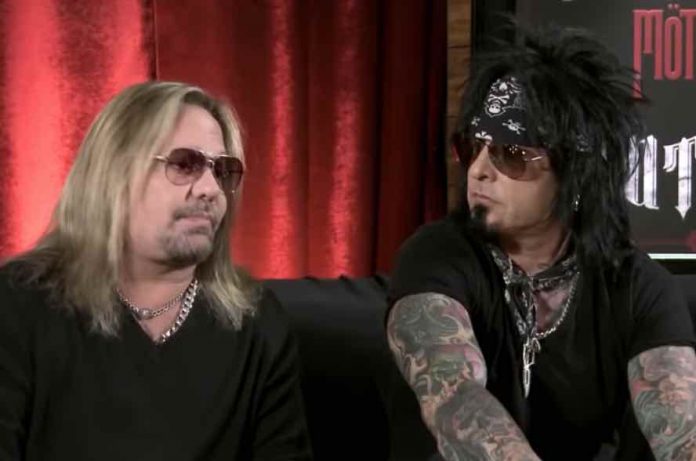 Motley Crue co-founder, bassist, and songwriter Nikki Sixx recently spoke to Fox News about his sobriety. It has been noted that he was once declared clinically dead for two minutes as a result of a heroin overdose. Nikki Sixx’s angry Email to Motley Crue bandmate also leaked previously.

On December 23, 1987, Sixx overdosed on heroin and after reportedly being clinically dead for two minutes, he woke up in an ambulance with two syringes sticking out of his chest, where paramedics had injected him with adrenaline. The incident took place seven months after the band released their fourth studio album, Girls, Girls, Girls. It was the band’s third album in a row to go quadruple platinum and the second-highest charter on the Billboard 200 that year

Nikki Sixx opens up on his sobriety

Sixx has had issues with drug abuse all his life and he finally dealt with the matter and has been sober for over two decades. During the recent interview, he was asked about his thoughts on being sober for 20 long years. Here is what Nikki Sixx said about his experience: “

“I love being sober for many reasons. Somebody told me recently, “Man, you look pretty good with everything you’ve been through.” *laughs*. It was a journey. I was six years sober. I didn’t quite get it. I mean, I got it, but I slipped and went out one day and then I was four years sober. And then I slipped. I didn’t want to go back and forth. I checked myself into rehab 20 years ago because I wanted to get it. And then I wanted to pass that message on. I want them to see what recovery can look like.”

It was in late 2021 when Sixx reflected on his formative years in a memoir titled “The First 21,” which details several shocking family revelations.