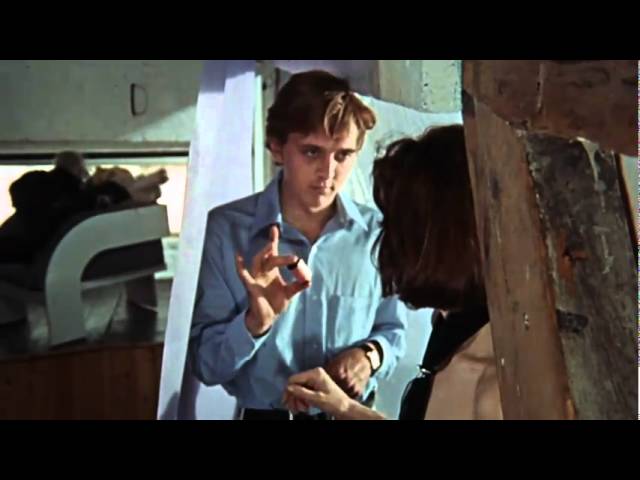 New Hollywood rewind is a new series here on Alternative Nation where writer Anthony Carioscia takes a look at films from the era known as “New Hollywood.” The first article which was done for the Bonesaw can be read here.

During early 60s young college students grew bored of what mainstream Hollywood was putting out. The scene was getting too repetitive with the same old film tropes over and over again. These young kids would grow up to be there famous directors of the next generation including Brian De Palma and Stephen Spielberg. They were more into forgien films by directors such as Kurosawa,Bergman,Polanski and one of the most influential of then all Antonioni.

Michelangelo Antonioni was an Italian filmmaker who made several films from 1950 to 1995. His most notable film was the 1966,English Lanaguage film ,Blow Up.

Blow Up is a thriller film that stars David Hammings and is scored by jazz legend Bernie Handcock. The film is about a London photographer who finds something a murder when he takes a shot of a mysterious beauty in a park. The film is very sexualized for it’s time and focuses alot more on style then conventional story telling. This really impressed the New Hollywood directors as they saw this as an escape from Hollywood’s censored and repetitive ways. De Palmas classic film,Body Double even feels like it took influence great influence from this film due to its simlair subject matter and sexualized style.

In 1972,director Francis Ford Coppola released the Godfather. Based on the novel of the same name, the film quickly became and still is today to be regarded as one of the greatest films of all time.

Two years later,Coppola would put out his follow up film, The Conversation. The film is a thriller starring Gene Hackman and tells the story of a surveillance expert who accidently hears the recording of a murder. The film takes direct inspiration from Blow Up and it’s easy to tell as the films both have alot of similarities.

The first major similarity is the concept. Both involve people accidently discovering a murder when doing there profession. Both films are also very built and suspense and tensions. Both films are also heavy on having an artsy visual style though Blow Up goes for it much more than The Conversation. They both also have a very dark an omnius use of music to create atmosphere just with The Conversation using synthwave and Blow up using music from jazz legend Herbie Handcock. Neither film is one to watch it a convenional mindset though the Conversation is much easier for your average person to understand than Blow up.

All and all both films are very similar and make a nice back to back viewing for those wanting to see how foreign films influenced New Hollywood.