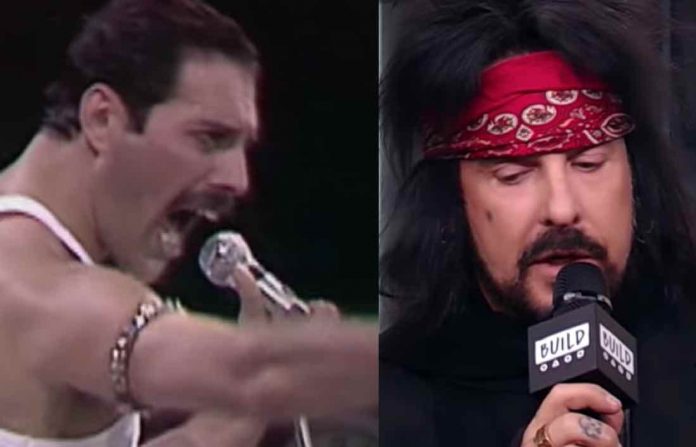 Pollstar: Did you ever give up hope or were you always confident that the film would see the daylight?

Nikki Sixx: We never gave up hope, but there was definitely frustration. We felt, from the very beginning, that we wanted to tell a story that had multiple layers. It was important for us to get the beginning of the era correctly. Several of the directors we talked to saw this as a “fun, ‘80s rock movie.

When we first got together, things were pretty vanilla and boring… There was no rock scene on Sunset back then. We were all into ‘70s glam, T. Rex/Elton/Bowie/Dolls meets the Sex Pistols/Ramones played with the brutality of heavy metal like Black Sabbath or Deep Purple. Just a real big mash-up. We were garage glam, more street, less polished. And it was important to get that backdrop right in the movie.

Pollstar: How would you compare The Dirt to Bohemian Rhapsody?

Nikki Sixx: The Queen movie was important because it initiated conversations about gender identity in 2019. The interesting thing was Freddie [Mercury]’s life choices were, in the end, what killed him, but he brought a massive change in awareness.

The music was wonderful – Queen is one of my favorite bands – but it also took to the masses an important dialogue that should be had right now.