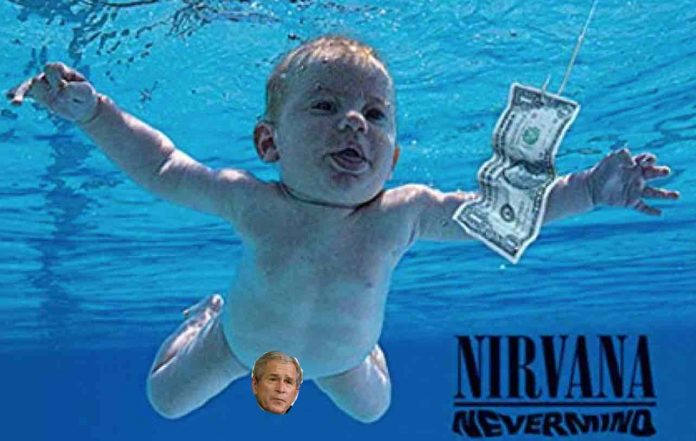 “My dad was always so good about letting us listen to the music we wanted to,” Bush said, saying that a Nirvana record (likely Nevermind) was one of the first CD’s she ever spent money on, though she couldn’t specify the album. What a fairweather fan! She did say that the lyrics to one of the songs got President Bush’s attention, and he did not like what he heard.

“There was a really bad song on it, which I’ll tell you during commercial, but my dad heard it,” the NBC host shared. “And my dad heard me playing it on my little Discman or whatever CD player.”

“Future leader of the free world listening to you listen to that. That’s terrifying,” Daly said.

“Yes, he was terrified,” Jenna responded, adding that her father destroyed the album.

“He broke the CD over his leg,” she added.

She added, “He never was mad like that. But this particular song really encourages, you know, I mean to hear your little daughter listen to it, you know what I’m thinking of.”