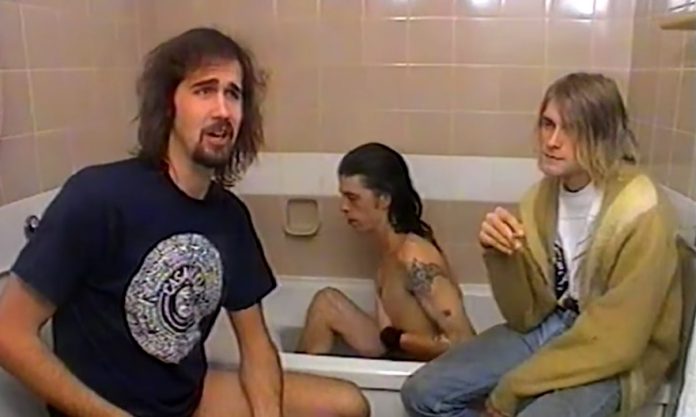 Spencer Elden, who appeared as a naked baby on the cover of Nirvana’s classic 1991 album Nevermind, had filed a lawsuit against the band. As Spin magazine reports, a judge has dismissed a lawsuit.

In California District Court on Monday, Judge Fernando M Olguin dismissed the case “with leave to amend”. Lawyers for Elden missed the deadline to file an opposition to the Nirvana estate’s request to dismiss the case made in December. His team have until January 13th to refile.

In the lawsuit filed in August, Elden claimed he was the victim of child sexual exploitation and that the cover artwork was a child sexual abuse image. “Defendants knowingly produced, possessed and advertised commercial child pornography depicting Spencer,” the lawsuit read.

Elden said that appearing on the cover of Nevermind caused him “extreme and permanent emotional distress with physical manifestations”, plus loss of education, wages and “enjoyment of life”.

Lawyers for the band’s estate – surviving members Dave Grohl and Krist Novoselic; Courtney Love, Cobain’s widow and executor; and Kirk Weddle, the photographer of the cover image – said Elden had “spent three decades profiting from his celebrity as the self-anointed ‘Nirvana Baby’”, recreating the image on the album’s 15th and 20th anniversaries, and tattooing the album’s title on his chest.

They stated that the statute of limitations on such a case expired more than a decade ago, and that Elden’s claims that the image constituted child sexual abuse were spurious.

“A brief examination of the photograph, or Elden’s own conduct (not to mention the photograph’s presence in the homes of millions of Americans who, on Elden’s theory, are guilty of felony possession of child pornography) makes that clear.”

The lawsuit has been widely ridiculed by fans who point out the fame that Elden has embraced for years from appearing on the album cover.