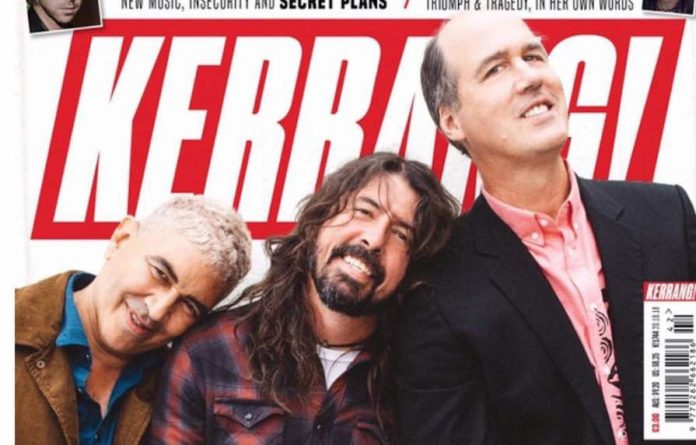 Nirvana members Dave Grohl and Krist Novoselic were interviewed in Kerrang’s new ‘Nirvana Reunited’ magazine. While the magazine suggests the band are back based on their recent Cal Jam reunion performance, Grohl and Novoselic seemed open to possible work in the future, but into turning it into a ‘circus.’ Grohl hinted that more Cal Jam type performances are possible, but Grohl and Novoselic didn’t seem to have any huge reunion tour currently in the works.

Dave Grohl said, “After we played the Rock & Roll Hall of Fame, I considered the idea that, if there was an opportunity, we could do it again. But it’s delicate territory, and you can’t treat it like just another show. It’s very complicated, and very special. In those moments, when it just happens naturally, I think is the best way.”

Krist Novoselic said he isn’t sure if there will be a performance like it again, but he left the door open for some possibilities.

“Personally, it was great to play with those guys again, and to play those songs.”

He said he doesn’t see it becoming a ‘regular thing’ and it ‘won’t become a whole circus.’

Later in the interview, Novoselic seemed more open to further work with Grohl, especially when it came to writing new music.

“I don’t see why not. Maybe if the right circumstances present themselves we’d do it, because we’ve done it before with Pat and with Paul McCartney on Cut Me Some Slack, so why not?”

After Foo Fighters’ Cal Jam festival a week and a half ago in San Bernardino, CA, Nirvana reunited as the surprise Cal Jam headliner to perform their material for only the second time since Kurt Cobain’s death in April 1994.