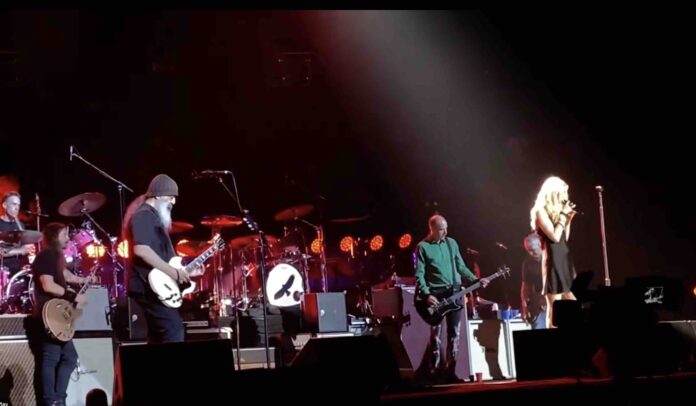 Foo Fighters celebrated Taylor Hawkins’ memory and music at a special gig in London on Saturday, September 3. Hawkins, the band’s drummer since 1997, died in Bogotá, Colombia on March 25. He was 50 years old.

The line-up was also released recently. It included Motley Crue member Tommy Lee. However, one of the singers also missed the show. It has been also noted how welcoming guests included Miley Cyrus, Def Leppard, Dave Chappelle, and more.

Fans witnessed how Def Leppard and Cyrus’ performed the former’s “Photograph,” as well as the band’s version of “Rock of Ages” with the Foos’ Dave Grohl, Pat Smear, and Chris Shiflett, and Weezer drummer Pat Wilson.

Also during the concert, the band invited out Joan Jett, Pink and Queen, Wolfgang Van Halen, Them Crooked Vultures, and Heart’s Nancy Wilson, among others. British rock band Def Leppard recalled that they had first encountered Hawkins when he was a “20-year-old kid” working in a guitar shop in LA.

“About five years later we did Top Of The Pops in England [and] this kid walks into the dressing room. He was playing drums for Alanis Morisette,” recalled singer Joe Elliot. “That was Taylor Hawkins, so in memory of. Let’s do some proper songs for Taylor.”

Together, they played haunting versions of The Day I Tried to Live and Black Hole Sun, with vocals from Taylor Momsen of the Pretty Reckless. Rush, who are also mourning the loss of their drummer Neil Peart, played Working Man with assistance from Red Hot Chili Pepper Chad Smith and YYZ with Danny Carey of Tool. Wolfgang Van Halen delivered flawless renditions of his father’s fretwork on covers of pop-metal classics Panama and Hot For Teacher.

The most special part of the set for Grunge fans arguably came during the Soundgarden set, where Matt Cameron and Kim Thayil united with surviving Nirvana members Dave Grohl, Krist Novoselic, and Pat Smear, with Taylor Momsen singing.