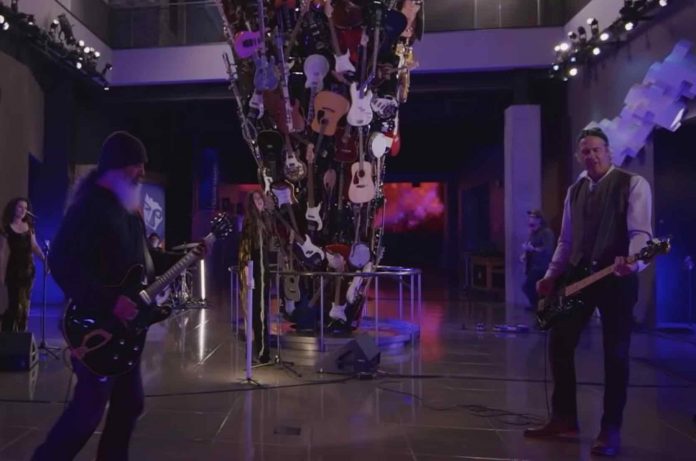 RastaSaiyaman commented on YouTube, “I love how Krist is filmed strolling through the Nirvana exhibit and clearly is enjoying himself ‘Yeah, that’s the bass I knocked myself in the head with!'”

Robadobflob responded, “You can tell he’s strolling through there going “Yeah Bitch! That’s me right there on one of the biggest stages in the world the time! That’s the bass I played on Unplugged!

I used to be the biggest rockstar in the world!” (despite his incredible humbleness), but you can also see that deep sadness in his eyes. Its the kind of sadness someone looking back on fond memories he will never get to relive, and also a little bit of ‘Damn I wish I could jam with the guys just one more time…'”

TheWhiteCrow said, “Too bad they didn’t get Thayil’s solo…. sick performance tho!”

Peachmelba1000 added, “They likely did several takes and then layered the best solo over the best full band take. You can hear rhythm guitar under the solos, and the hands don’t match the solos themselves here and there. Edit: I’m noticing near the end there’s another guitarist in the background lol.”