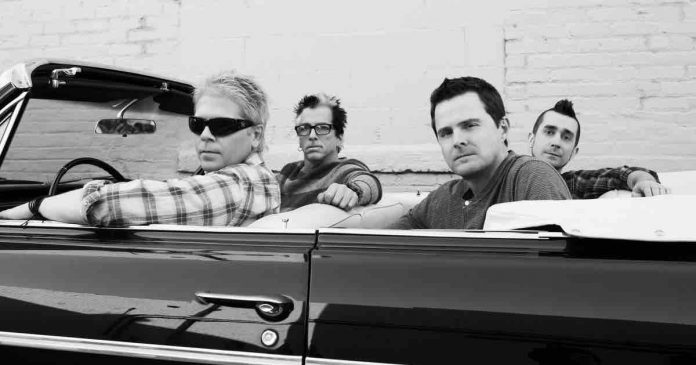 What was it about Bob Rock that made The Offspring want to go that route production-wise?

“Well, a couple of things. He is well-known for the metal stuff back in the day, but he really did cut his teeth back in Vancouver in the punk days.

“He was there when bands like D.O.A. and the Subhumans were coming up, and he was the guy recording them because he was doing the engineering side as well. When we met with him, it was like, ‘OK, this guy understands what it’s like to try to put together a punk album.’

“So that was great. And then beyond that, like you said, he’s Bob Rock – he’s a great producer, he knows how to make stuff sound great, and he knows how to get the best out of the band, the best performances.”

Did he elevate your performance?

When you look at what he did with Metallica, he got involved, he played bass, he does all that stuff. Does he do that with The Offspring, where he comes in and offers to play a part or arranges something and says, ‘You should try this.’?

“No, he doesn’t do it like that at all. If he’s sensing that we’re struggling to get a part right or playing something right, he’ll say, not, ‘This is what I think we should do,’ he’ll say, ‘Well, what would The Offspring do here?’

“It sounds like such a funny question, it catches you off guard, but it really makes you think outside yourself for a minute and re-approach it in a different way.”

The first Offspring album comes out in 1989, and that time is dominated by big ballads, by Motley Crue, Metallica, Bon Jovi, and all these great bands. You guys come out and it’s very stripped down, it’s sort of the antithesis of that scene. Was that something that concerned you or was it, ‘You know what? I don’t want to wear spandex.’?

“It was for sure that, the second one, for all of us at the time. The metal thing didn’t resonate with us at all back then.

“We were into the Sex Pistols and the Dead Kennedys and stuff, and frankly, I hated all that stuff back then.

“I think Metallica was always different for us, for sure, because they were pretty hard for back then, for sure, and as time goes on, I appreciate all that stuff now, but it wasn’t what drove us as kids.”

You’ve had a lot of success, you talk about the Dead Kennedys, these weren’t the bands that wrote singles, and the Offspring writes singles, so talk to me about that and the importance of having a radio-friendly kind of sound.

“We loved punk rock growing up, and we loved it because of the aggression, and you feel like you’re able to get out this frustration.

“There’s an energy to it that was just different from anything that we had heard before, but there weren’t really a lot of great songs.

“And I always felt like, ‘Well, maybe that’s something we can do that’s different from some of these other bands,’, is try to actually take the energy of punk rock and build songs around it, so that was always important to us.” Ultimate-Guitar transcribed his comments.