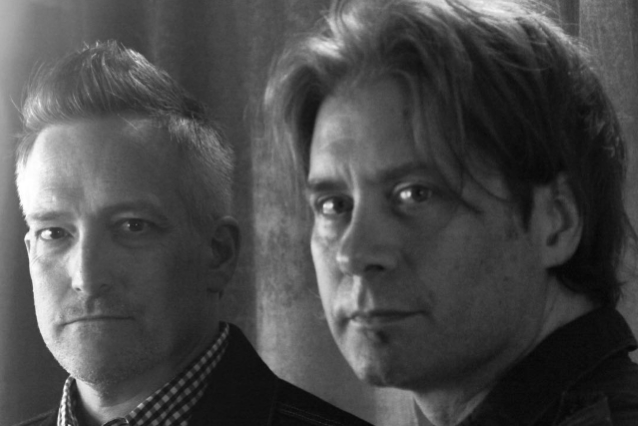 Filter have posted the following on Pledge Music:

Filter was thrust upon the musical landscape not with a whimper, but with an inimitable scream of musical ferocity and intent.

For the first time in over 20 years, the original founding members Richard Patrick and Brian Liesegang are making a new FILTER album together.

It was a place where melody met noise. And it was written, recorded and produced by two kids who hated everything from “social norms”, defining generational tropes, “the man”, and being told what to do and how to do it.

They rejoiced in the chaos. They swam in it. And they lived and performed it like brothers.

And like brothers, and two who were brought together by Nine Inch Nails, they fought, and the nonsense of youth gave way to senseless acrimony, ultimately driving and conspiring to push the two apart.

All good. It happens.

But then a lot of other things have happened. And a lot of water has gone under many bridges.

Richard has successfully led and spearheaded Filter for the last 20 years, releasing many platinum records (including “Title of Record”, “the Almagamut“ etc.), and while the two have remained friends (and more importantly been there for each other in times of need), they have worked on and composed music and productions ranging everywhere from Richard’s side band “Army of Anyone” (with the DeLeo Brothers of the Stone Temple Pilots and Ray Luzier from Korn), and many others, to Brian working with many others spanning from Billy Corgan (Smashing Pumpkins), Sir Paul McCartney to the Dalai Lama, etc., and the two of them have been scoring and contributing music for many motion pictures, video games, television shows, commercials, and different technological endeavors.

Recently, on a “blind” set-up, they were challenged from the stage in mid-performance by their mutual friend Louise Post of “Veruca Salt”, who stopped her concert to admonish them“…to bury any bullshit, forget the crap, and get their shit together”. The two had an interesting conversation on the drive home together.

It appears that perhaps time, circumstance, and the stark reality of modern events have indeed driven Richard and Brian together again to do what they do best together.

What started as an experiment to see what “might happen”, the two have rediscovered not only their friendship, but their unique ‘yin and yang’ complimentary working style of no rules and “whatever works” (because sometimes you just don’t wanna know how the sausage is made).

Forgotten are the specious reasons as to why they stopped working together, as those are things of the past, and the future is far more important.

While the melodic reckless abandon remains intact in their musical creation, the lifestyle of irresponsibility and not being held accountable to reality has been replaced by a work ethic of waking up early and getting down to it. They are driven by a mission statement to not only get the noise across as they do uniquely, but with extreme assertion and urgency, as they played by the rules and got fucked…and as Neil Strauss once said about them in the New York Times….”It’s anger, so they scream”.

Filter right now is making a call to arms. Recording a sonic melodic punch in the face. This doesn’t have to be the end of days, as there is still time to do something about it.

Filter simply advocates and encourages active thought and participating in changing the world we all share together. Decisions are yours to be made. Please just make them well informed.

Ultimately it appears Filter is reacting to the same damn societal apathy and confusion they felt when they first started the band.

Hence “reBus”. Time to bring this shit back to sense. We don’t all have to agree….but we can agree to disagree without insanity running rampant. And we can show respect for all humanity and the world we are bringing children into. Filter has no interest in revisiting a halcyon past of yesteryear, and this isn’t a reunion of sorts. This is a shared focused undertaking. A sort of homecoming.

This album is sonic outrage in the face of sheer idiocy. It is expressed incredulity to events transpiring in what could rather be a damn amazing time of opportunity, change and understanding. Seems instead we inhabit a world gone wrong in ways that even fiction has failed to venture or imagine.

There have been MANY amazing musicians and contributors to Filter over the years, too many to mention properly and with all due courtesy. This ‘back to basics’ and rediscovery of the original DNA of the band is not an insult to any of those valued and respected people. Richard and Brian have just decided with this album to distill it down to themselves for better or worse. Play to their strengths and weaknesses, as that was often their unique gestalt in the maelstrom.

The two disenfranchised young men who met each other in Nine Inch Nails and had shared an epiphany together at the Grand Canyon are back.

They are making music they are damn proud of.

They would like you to participate with them in this together.

Celebrate making sense of the chaos, and help them make melody from the noise of the outside world.