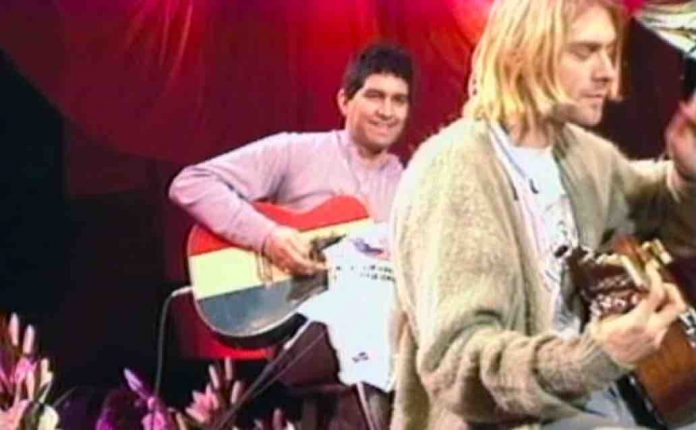 Foo Fighters and former Nirvana guitarist Pat Smear discussed being ‘traumatized’ by Kurt Cobain’s 1994 death in a new interview. Smear said touring with Foo Fighters in 1995, less than a year after Cobain’s death, may have been too soon for him.

Smear told EW, “On one hand I think it was a really good thing that we started so soon after Kurt’s passing, but on the other hand, it maybe was a little soon for me. I was still pretty traumatized by the whole ordeal. But Dave would always play me the next album and the next one, and that’s what would pull me back in.”

Smear also discussed creating makeshift t-shirts for the first Foo Fighters concert. He remembered, “The first show I remember, we opened for a Beatles cover band at some little bar in Arcata, California. We went to the local thrift store and bought a bunch of t-shirts, like Michelob Light or whatever, and spray-painted a Foo Fighters stencil over them for a dollar each. And sold out! [Laughs] Sold ’em all.”

Pat Smear played in Nirvana as a touring guitarist from 1993 to 1994, appearing on the MTV Unplugged live album. Smear then played in Foo Fighters from 1995 to 1997, leaving due to exhaustion from touring. Smear received numerous offers to rejoin, finally returning on a limited basis as a touring guest musician in 2006, and rejoining full time in 2010 to record Wasting Light.