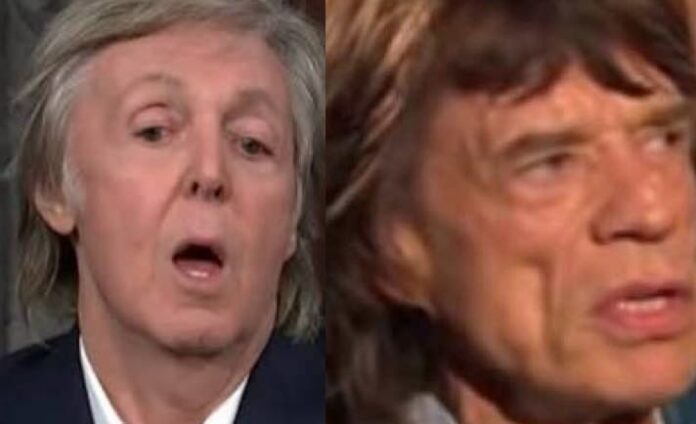 The Beatles legend, Paul McCartney had pulled in £4 million during the pandemic, bringing his assets in his firm MPL Communications to £22.58million alone.

Paul McCartney has doubled his net worth

The Sunday Times Rich List confirmed prolific hit-maker Paul’s fortune now stands at £865 million. In comparison, 78-year-old Jagger has amassed a wealth of £400 million. Both artists can expect to see their fortunes shot up in the next year thanks to the return of live music.

As well as embarking on a US tour earlier this year, McCartney headlined Glastonbury on Saturday. He cripted history at the show by becoming the oldest ever solo headliner in the festival’s history. His performance comes a day after Billie Eilish showcased an electric set.

She became the youngest ever solo headliner at Glastonbury, rocking out on stage with her brother Finneas and introducing her song Your Power with a harsh statement about the US Supreme Court’s Roe vs Wade decision. However, fans of The Beatles rocker who want to watch from home were left disappointed. The BBC coverage of the performance did not begin until an hour after it began. The 80-year-old musician arrived at the Pyramid Stage at 9.30pm, opening his set with a rendition of The Beatles classic Can’t Buy Me Love.

Meanwhile, Jagger is currently on the road with the Stones as part of their Sixty 2022 European Tour which includes two dates at London’s Hyde Park as part of the British Summer Time Festival. More than 34 million iPlayer streams have been made of the BBC’s Glastonbury coverage — well over twice the 15.8 million from when the festival last took place on-site in 2019.