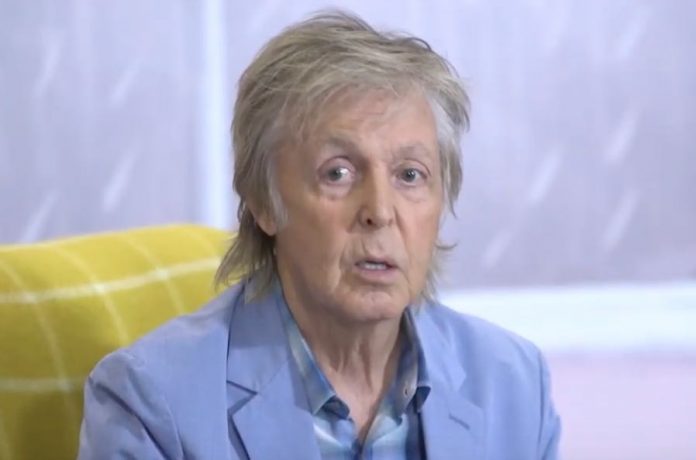 Eddie Vedder has been in the business for a while, but not as long as someone like Paul McCartney. The company kept by both surely is star studded, but what if some of the company kept has bad blood? That may be the case on the friendship side of things by Paul and Eddie.

Pearl Jam’s Eddie Vedder once had a run in with Paul McCartney which was a lot different than most have had with McCartney. During a guest appearance on Sirus XM’s Beatles channel in 2017, the grunge vocalist fondly remembered being punched in the face by none other than Paul McCartney.

As he explains however, thankfully, it wasn’t an intentional act of violence. It appears that, while hanging out in a Seattle hotel with the former Beatle, Vedder was accidentally struck when listening in on the star’s story about hitting another man. As McCartney was explaining how he hit the person, he acted out the moment with his arms, and as Vedder was standing just a little too close, he got an accidental blow during the music legend’s dramatic re-enactment.

Eddie remembers: “I was fortunate enough to be with Paul McCartney in the corner of a Seattle hotel bar” recalls Vedder, “and he kind of was illustrating how he hit this guy. And when he did that he kind of shot out his left arm as if he was hitting this guy and I was standing there, and I got hit. He hit me! He didn’t quite pull back the punch you see…It was a great, incredible personal story. I caught the end of it, and as I was listening, I thought, ‘Paul McCartney just hit me in the face, and it hurt.'”

While many would press charges to get to some of Paul’s money, Eddie was very happy to have taken the hit.

He continues: “I think I remember tasting a bit of blood, he got me right on the side of [the face]. And he apologized quickly so it wouldn’t get in the way of the story. It was a great time in my life actually, to be hit by Paul McCartney. And I remember it hurt for a few days, and I remember when it went away when the pain subsided, and the swelling went down, I kind of missed it.”