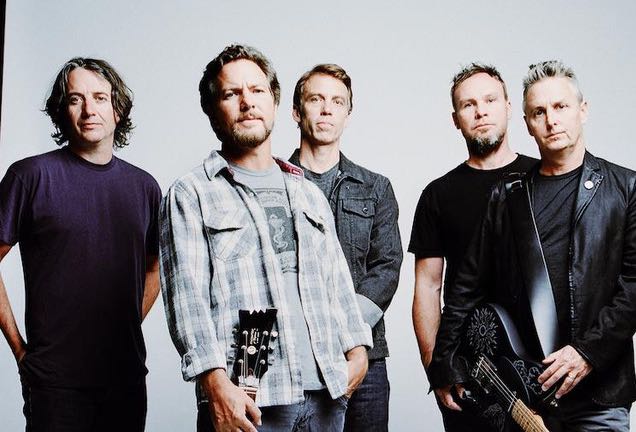 Pearl Jam will perform at the Ohana Festival in late September and early October in Dana Point, CA, and the festival has announced it will require proof of vaccination or a negative test.

The official music video for the song features footage from the Cannes Film Festival selected film starring and directed by Academy® Awards winner Sean Penn and starring his daughter Dylan Penn. The scenes from the film and the lyrics of the song tell the tale of the special bond between father and daughter.

Sean Penn says, “After this flood of gorgeous songs from Cat Power, Glen Hansard, and Eddie Vedder, we were just about to do a final mix on the film when Ed sent me Olivia singing ‘My Father’s Daughter.’ It became just the perfect cherry on top of the sundae.”

The upcoming soundtrack found Eddie Vedder bringing together Glen Hansard and noted singer-songwriter Cat Power who contributes three new original songs, along with one cover. It also features the debut of Olivia Vedder on two tracks. In total Vedder and Hansard collaborated on eight new compositions for the soundtrack. See the full tracklist below.

This marks Vedder’s second film collaboration with Penn, the first being 2007’s “Into the Wild” for which Vedder won a Golden Globe® for Best Song Motion Picture. In the same year, Hansard starred in and wrote the music for the film “Once”, which would earn him an Academy® Award for Best Original Song (“Falling Slowly”).

Praise for the soundtrack has begun to roll in with features from LoudWire, Audacy, and more, while NME described “My Father’s Daughter” as “a moving ode to adopting the traits of your parents.”