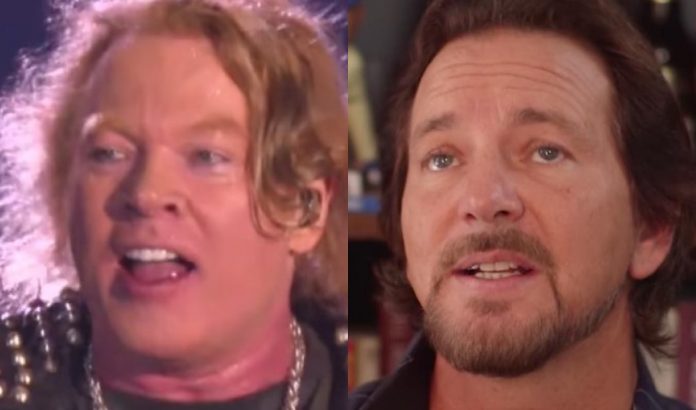 We all know how Kurt Cobain and the rest of Nirvana were very against the ethics and sound that came along with Guns N’ Roses. Kurt was very anti-Axl Rose and it’s safe to say that Axl Rose was very opposite to Kurt Cobain as well. Pearl Jam found themselves in this weird mix as well.

Matt Cameron recently spoke on the Nirvana and Guns N’ Roses beef when he said that Nirvana didn’t want to open up for Guns N’ Roses, so this was then passed down to Pearl Jam and then this was passed to Soundgarden. Ironically, Cameron would later find himself in both Soundgarden and Pearl Jam.

Matt Cameron said on the topic: “We had four weeks off in two years, or something like that. That’s what it felt like anyway. We were up for it. We wanted to be there. We had all these really great opportunities. We weren’t as precious about opening for Guns N’ Roses [as some other bands]. Nirvana didn’t want to open for Guns N’ Roses. I understand that they were asked first and then they asked us. I think they asked Pearl Jam too and those bands said “No.” We were like, “Hey man, our record’s great. We really love our record, and we want to just go out there, play some shows.” The Guns N’ Roses thing was kind of weird because it definitely wasn’t our crowd. On days off we would always do our own shows. We’d do a club show here and there, things like that. It was fun to see how our audience was getting bigger around ’91.”

Special thanks to Spin.