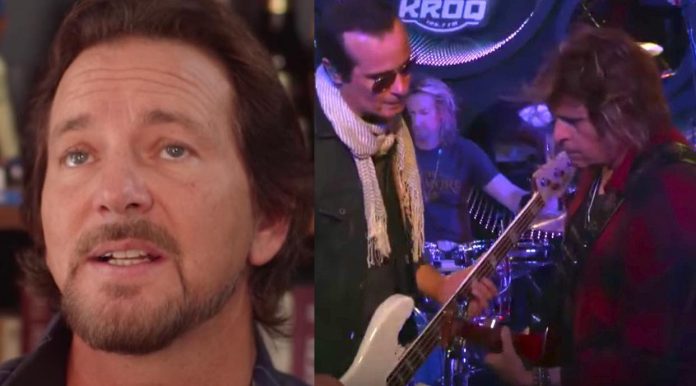 Pearl Jam, Stone Temple Pilots, surviving Nirvana members Dave Grohl and Krist Novoselic, Dave Matthews, Melvins, Queens of the Stone Age, The Black Keys, Death Cab For Cutie, Duff McKagan, and a stunning list of other bands have signed a letter in an attempt to save Seattle’s iconic Showbox venue.

MyNorthwest has written about efforts to save the venue, “The Showbox is a historic place where everyone from Jazz-era greats to today’s music acts have played. It has a tremendous historical legacy. However, about a decade ago, the City of Seattle did a review of the theater and decided that it didn’t have any major historical impact. They put it on the same level as the Car Toys building that was torn down on Denny a few months ago. That was the ruling by the city. Now this Canadian developer comes in and buys The Showbox with the intent of tearing it down to build a 44-story office tower. Since then, the musical community has risen up to save the venue.

I get that. I am all for saving The Showbox. But there is only one right way to do it. And that is to give this Canadian developer fair market value for the property. And that is tens of millions of dollars.”

TDN reported, “A trio of local historic-preservation groups has nominated the imperiled Showbox theater for landmark status, trying to get ahead of the developer who has filed plans that may result in the theater’s demolition.

Vancouver-B.C.-based developer Onni Group had last month filed preliminary plans that could raze the venue and build a 442-unit apartment tower on the First Avenue site.”