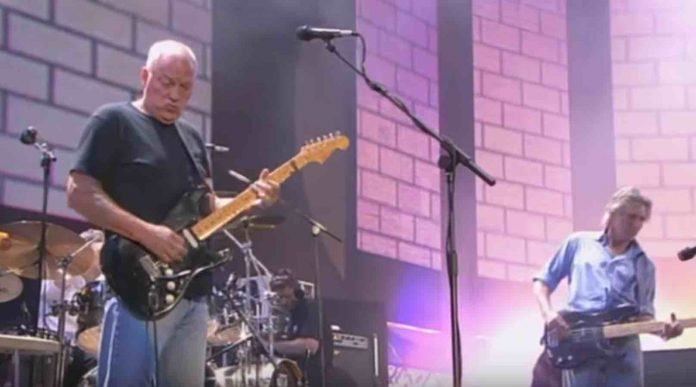 How important is it to you to actually pay tribute to Syd Barrett?

“Oh, it’s very important, because what I tend to say is, without Syd, we wouldn’t have got there. It would never have taken off, or if it had taken off, it would have taken off in a different way. The interesting thing is, you see the clip in the film [broadcast at the awards], and we’re playing ‘Astronomy Domine’, and David is, actually he’s not singing, he’s miming to Syd’s version. So that was quite a difficult transition, really.”

You mentioned the ‘Their Mortal Remains’ exhibition, which is touring the world currently; what is it like seeing your stuff in a museum?

“Well, that’s why it’s so nice to have The Saucers, because, actually, seeing yourself in a museum is interesting, but after a while you begin to think; ‘I didn’t really want to be a museum exhibit; I’d rather be a pop star!'”

What happens next for Saucerful of Secrets; how far are you thinking ahead?

A Pink Floyd member called a bandmate an ‘odd looking guy’ earlier this year. Roger Waters recently posted about a live conversation, “Trafalgar Releasing are excited to announce a live Q&A with Roger Waters. The exclusive event will follow the world premiere of Roger Waters Us + Them at the 76th International Venice Film Festival on September 6 at the spectacular 1,400 seater Cinema, Sala Darsena. Moderated by Liv Tørres, Executive Director of the Nobel Peace Center, Oslo, Waters will talk about the film, his career and his politics.⁣”
⁣
Roger Waters Us + Them – Waters collaborates once more with Sean Evans @deadskinboy, visionary director of the highly acclaimed movie, Roger Waters The Wall, to deliver this creatively pioneering film that inspires with its powerful music and message of human rights, liberty and love. Taking the viewer on an emotionally charged journey, the film features songs from Waters legendary Pink Floyd albums, The Dark Side of the Moon, The Wall, Animals and Wish You Were Here, as well as his last album, Is This The Life We Really Want?⁣”

You can read the full Nick Mason interview at Eon Music.