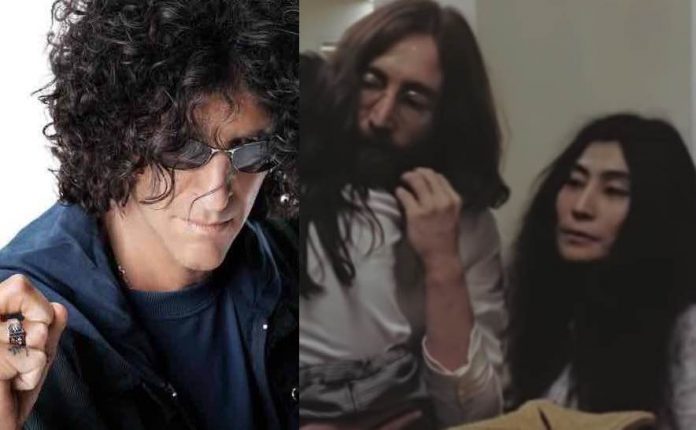 MarksFriggin.com recapped: After the break they played Elephant Boy singing 50 Cent’s ”In Da Club”. They also played Led Zeppelin’s ”Kashmir” as they were coming back. Fred inserted Gary Dell’Abate playing trumpet over the song.

Howard said that you have to love Madonna. He said he’s been thinking about her for a week now. Howard said he has to get his questions out because he has a million of them. Robin told him to give her some breathing room. Howard said he will.

Gary and Jim were setting up different headsets and microphones for Madonna. Howard said he’s sure she won’t come in and say Baba Booey. Gary said they did introduce him to her as ”Baba Booey” and she did say ”Hi Baba Booey.” Howard asked if that is humiliating to him. Gary said absolutely not. Howard said they put Gary on a web site where they hook people up who look like each other and they keep hooking Gary up with black women. John Lennon lost huge money before his death.