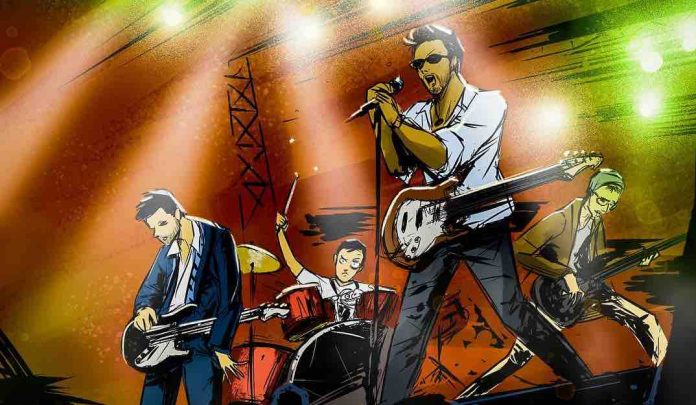 This band is a rare collection of rock songs that sound completely different from one another yet instantly recognizable as by the same band. It’s also a strong leap forward for the band from their solid debut album, Alcohol and Bad Decisions. Here the band ventures into almost experimental territory with songs that boast influences ranging from Guns N’ Roses to The Killers, but remain linked through the band’s tight musicianship and strong vocals.

“Crash” opens with almost Dream Theatre-like rhythm and riffs. “My Favorite Game” recalls The Killers with its synth flourishes and straightforward riffing. “Kinaesthesia” opening riff evokes a Slash meets PopEvil type of sound, yet ends up morphing into something sounding like neither. Yeah, Psychocide is a bit of a psycho sounding band in the sense that they are a little bit all over the place, and that’s what makes them such an interesting listen.

It’s easy to understand the diversity of their sound once one takes a closer look at the band members past influences and musical foundations. Goldwyn Thandrayen is a “Rock and Pop enthusiast.” Wilson Li is a “full on progressive metal drummer,” and Geoff McFarlane is an “educated jazz player.” That explains volumes. Hearing strains of Dream Theatre, Slash, and The Killers laced throughout their original compositions makes complete sense considering their experiences and likes. Formed in 2012 on a “cold winter night” in New York City, Psychocide bounced around from LA to San Diego and eventually settled in Montreal. That makes sense since two members of the band are from Canada and one from Mauritius. Location doesn’t necessarily define Psychocide’s myriad sound. I’m not sure if there’s a “Montreal sound” like there was a “Puget sound” and it really doesn’t matter in Psychocide’s case.

Psychocide is a band that despite their alcohol influenced album titles, doesn’t sound anything like the party band that one might expect them to sound like. In fact, Thandrayen’s lyrics are anything but party, or booze, influenced thematically. “Kinaesthesia” at first appears to have lyrics with a certain meaning, but upon an extended, and deeper listen, the meaning of the title, when applied to the song’s theme, is metaphorically profound. “Unattainable” has very smart lyrics. Even where Psychocide isn’t at their most arresting, they are still as equally engaging as they are on the rest of the EP. That’s speaks volumes for their future, which is an obviously bright one.