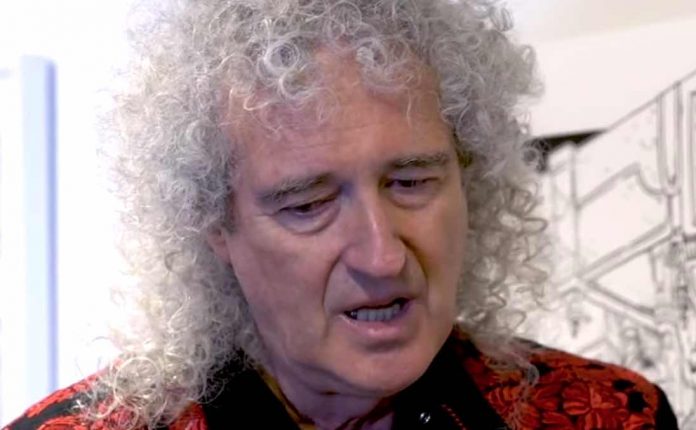 The legendary band, Queen had ushered in a new era of music with their releases in the ’70s and ’80s. Unfortunately, though, the band’s classic line-up met it untimely demise with the death of the legendary Freddie Mercury in 1991. The singer’s passing impacted the band in a huge manner and also the bassist John Deacon retired from music in 1997, citing the traumatic incident as the main cause. Guitarist Brian May and drummer Roger Taylor continued with the group’s legacy through new incarnations of Queen with guest vocalists, but they’ve kept Freddie’s memory intact throughout all this time.

Brian May recalls the grieving death of Freddie Mercury

In an interview with Smooth Radio, May opened up about how he and Taylor dealt with their friend’s death:

“I think Roger and I both went through a kind of normal grieving process but accentuated by the fact it has to be public. We sort of went into denial. Like, ‘yeah well, we did Queen, but we do something else now’.”

“Roger and I plunged into our solo work and didn’t want to talk about Queen. That seems almost nonsensical because we spent half of our lives constructing Queen. But we didn’t want to know at that time. It was a grieving thing. We just overcompensated. It went on for a long time.”

“I went so far as to adapt John Lennon’s ‘God’ song in my solo stage act to say, ‘I don’t believe in Queen anymore’. That was a vast overreaction. I didn’t need to do that, why would I do that? Because I couldn’t cope with looking at it.”

Following Mercury’s death, the band put out a posthumous album, “Made In Heaven”, in 1995, featuring the singer’s recorded vocals and piano arrangements. As one of the producers, May further recalled the experience of working on this project:

“It was very weird. It was traumatizing in itself. I spent hours and days and weeks working on little bits of Freddie’s vocals. Listening to Freddie the whole day and the whole night. I’d have moments thinking ‘This is great…this sounds great…Fre…oh you’re not here’.”

“It was quite difficult. You’d have to go away from it sometimes and recover and come back. But I felt this immense pride and joy in squeezing the last drops out of what Freddie left us.”

“I still love that album. I think it’s my favorite Queen album. There are things in there that are so deep. There’s pure gold in there. I love every minute of that album.”