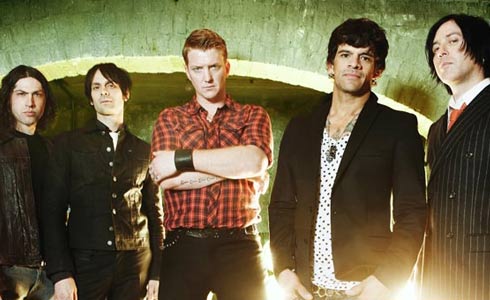 The Main Square Festival is back in Arras, France and if you will be in Europe in July you will not want to miss this 3 day event. The actual festival takes place over July 6th, 7th and 8th and features some of the best bands in the world.

On the Friday Josh Homme and his band return to France as Queens of the Stone Age will be a major highlight to headline the first night. Gojira will join them on the main stage and they have been making waves lately with successful North American and European tours. The legendary The Breeders will open up the main stage on Friday. What is unique about the Main Square Festival is that its 2nd stage sits literally side by side to the first but has just enough distance so the music doesn’t interfere with both stages. The second stage is called the Green room and this is where you will find up and coming bands and PVRIS play here which is not to be missed, Trivium are huge fans of the band.

The Saturday is headlined by the one and only Depeche Mode. The British band will be celebrating 38 years together with this massive headlining show. The Courteneers will open up the main stage and they will be followed by Wolf Alice who may well be the most energetic band on the day. BB Brunes are pretty huge in France and it only makes sense to have some French rock bands included in a French festival. They are sure to impress and could have every chance to make it world wide within the next 12 months. One half of Oasis will be joining the festival when Liam Gallagher makes an appearance with his band, singing songs from his latest release ‘As You Were’ he will also be performing some of Oasis’ biggest hits.

Sunday is headlined by Jamiroquai who is set to bring the festival to a spectacular end with his endless hits and dance moves. Earlier in the day you would be good to catch British rock band Nothing But Thieves whilst on the other stage Girls in Hawaii are always interesting live.

You can still buy tickets and check out the main site here.