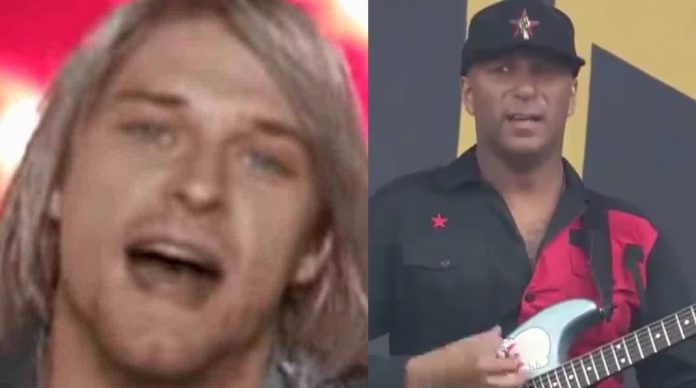 Rage Against The Machine guitarist Tom Morello called the solo part of “Know Your Enemy” the most difficult guitar part he’s ever played in a new Ultimate-Guitar interview. He also revealed how after the rise of Nirvana and Kurt Cobain, the idea of there being guitar heroes was destroyed, leading to a writer accusing him of faking the “Know Your Enemy” solo.

He described the song as having “really fast toggle switching and then some really quick legato runs.”

“I remember being very insulted by a guitar interview I did way back then, I don’t remember who it was with.

“But, Rage Against the Machine came out during a time where there were no guitar heroes, it was all Nirvana strum-alongs – which were great music – but this guy asked me if I had slowed down the tape, played the solo and then sped it up to make it sound like that.

Morello recently wrote on Instagram, “NYC!! I was born at 142nd & Riverside in Harlem and you always make me feel like I’m coming home. THANKYOU for an incredible evening!

Throughout the US, the war on drugs disproportionately hurts Black and brown communities, and even in a progressive state like New York, that reality is no different. Over the last 18 years, Black and Latinx New Yorkers accounted for 82% of marijuana arrests even though they only make up 32% of the population. But this year, New York could become the 11th state to legalize marijuana and the first state to make repairing damage from the failed war on drugs part of the law.

Join me and the @NYCLU to help end the criminalization of marijuana for good. Learn more at nyclu.org.”