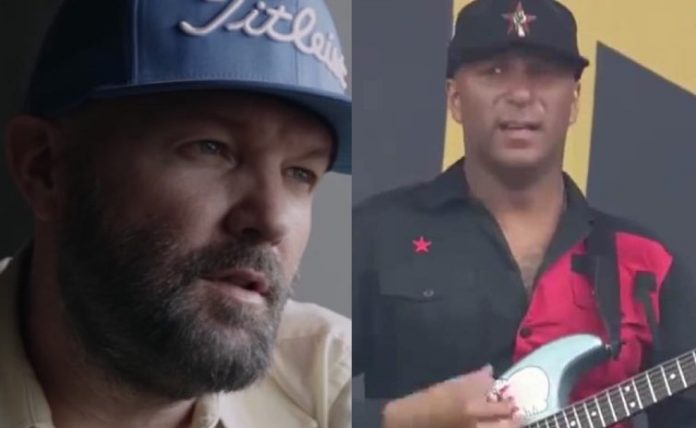 Rage Against The Machine guitarist Tom Morello reflected on the horrific riot at Woodstock 1999 after Limp Bizkit’s performance 20 years later in a new Interview article. The riot still disturbs fans of what the original Woodstock stood for after 20 years.

“We played a million festival shows, but something felt different and a little unsettled in the audience, and it may have had to do with the ascendancy of rap-rock, the descendants of Rage Against the Machine. There was a vibe that did not echo the peace, love, and understanding of the original Woodstock, and that was very much in the air.”

“I maybe saw the very end of the Limp Bizkit show. We performed right after, and then we were right out of there, man. I was on site for an hour and 35 minutes at the most.”

“When people started tearing the place down, I think it had very little to do with the hooliganism of a generation and everything to do with the exploitation of young people at an event. There was this kind of frat boy privilege that was, if not stoked on that particular day, in the ethos of some of the music at the time.”

“When the whole place was burning to the ground the next day, people were calling us like, ‘Are you alright?” I was like, ‘I’ve been in a Manhattan hotel for 24 hours. I’m nowhere near that.'”