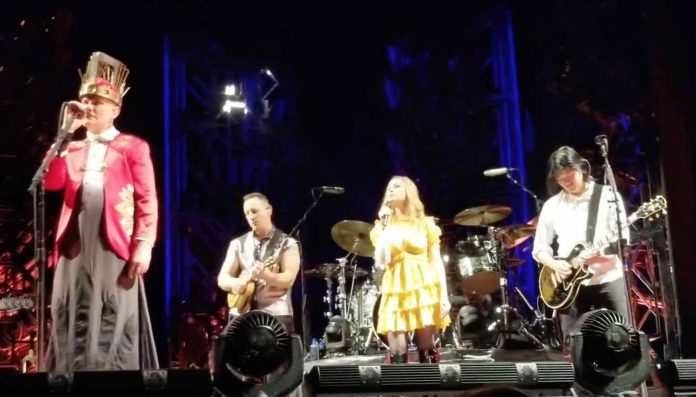 The Smashing Pumpkins touring keyboardist Katie Cole has released a new cover of the Nine Inch Nails classic “The Hand That Feeds.”

“Now I’m on the road, I’m going back to #backstagetuesdays still on my alt country version kick, but who knows where I’ll take this over the coming weeks. Live from GOTHENBURG, SWEDEN 🇸🇪 .’Hand That Feeds’- @nineinchnails.”