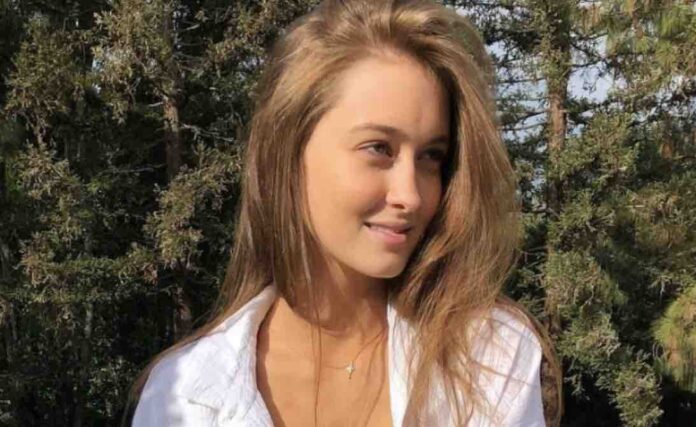 Pictures of Ray Liotta’s daughter have resurfaced which show her in a white swimsuit. She is also seen wearing a bright yellow cap which she asks her Instagram followers to “peep” at. Ray Liotta’s last photo before his death> was revealed.

You can check out the photos below.

Goodfellas actor Ray Liotta passed away recently while filming for a movie in the Dominican Republic.

His daughter Karsen Liotta and ex-wife Michelle Grace survive him. Grace was married to the actor from 1997 to 2004, and they had their only child together, Karsen, in 1998.

Karsen made her debut at the age of two in A Rumor of Angels. She started performing in her high school theater productions too as a teenager.

He taught me to do my homework, to always practice, Karsen told Teen Vogue in July 2015. That’s how you get where you want to be, she said.

In season 3 of the crime drama Shades of Blue, Karsen acted alongside her father along with costar Jennifer Lopez. She also became a recurring character on the show as Anna Kate Wozniak in 2018.

Karsen also appeared in Teenage Badass and Hubie Halloween in 2020.

Karsen also started modeling, and at the age of 15, she started posting pictures for Brandy Melville on Instagram.

“Brandy Melville approached me when I was 14 and wanted me to work for them, but I couldn’t at the time because you have to 15,” she said about her modeling career. “Pretty much the day I turned 15 I went and got my work visa and showed up and said, ‘I’m 15 — I can work!’ and they hired me.”