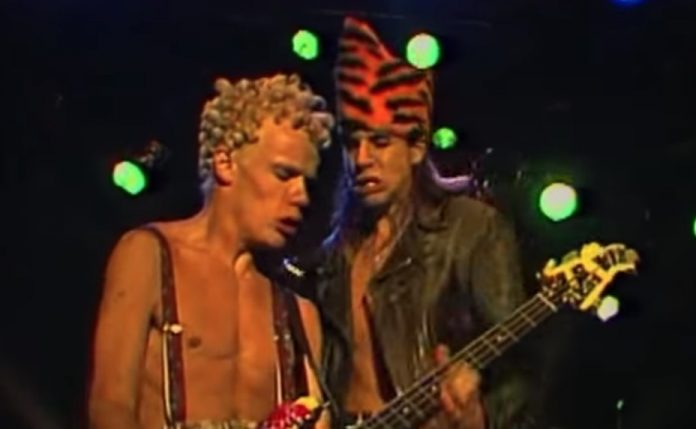 Former Red Hot Chili Peppers producer Michael Beinhorn discussed working with the band in their early days in a new Produce Like A Pro interview with Warren Huart. Alternative Nation transcribed his comments about the first time he heard the band.

“It was a really rough time but, I kept meeting A&R people. There was this one guy at EMI Records who said I may have an artist for you. We can’t figure out what to do with them. And you know, it turned out it was deeper than that. I think there was people at the record company who actively despised them. Because they were so different. They really went against every kind of convention as you were stating before.”

Beinhorn added, “Well, yeah you would think. I think that also shows you the limited kind of wisdom of people at record companies on occasion that they kind of look for conformism and what large audiences are going to be into and they sort of miss the pearls- you know things that with a certain amount of development or effort put into them, sprouted into something amazing. And that’s what the Chili Peppers were.

I remember getting their demos. Going like, wow this is pretty bad, but there was somehow in there that I couldn’t put my finger on. Like, as you said before it was a musical hog-posh. It was just all over the place. And it really came through. It was such a hog-posh that it was very unrewarding to listen to. And, you know, like I said, I didn’t like it. But I began to realize that what was coming through to me- really subtlety, was the character. Like, of the band. The people, themselves.

You know what I mean when you feel like you’re making contact with this intelligence that’s beyond the styles that they’re playing or what it is. There was this weird, this fierce energy which really touches on all the music these guys love so much. It just hadn’t really been combined in a way where it made sense. And I feel that’s where the record [The Uplift Mofo Party Plan] came from.”