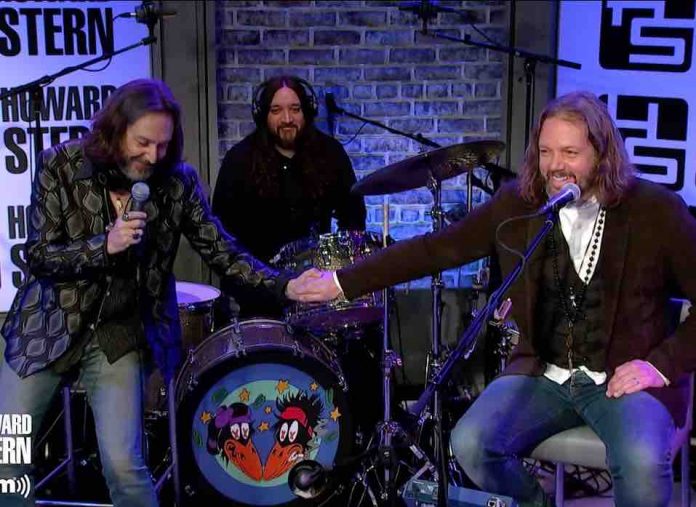 The Black Crowes manager Mark DiDia first leaked news of the reunion on The Howard Stern Show, forcing an early announcement. Nikki Sixx said at a press conference yesterday, “We would have announced it here, the way it should have been. It was announced by The Black Crowes manager, which I heard their tour was just cancelled and he got fired, unfortunately, but that doesn’t affect our stadium tour.”

The Black Crowes mocking Robert Plant was recently revealed. Total13 responded on the MetalSludge.TV forums, appearing to shoot down Sixx’s claim, “Tour is still on….Mark is somewhat of an old school rock legend in the radio promo label world and now managing(which a lot of those type of guys are doing now). The Black Crowes and this Stadium Tour are both Live Nation tours so if there was any pressure to get rid of Mark it would of come from Live Nation from him leaking the stadium tour…personally I think Nikki is talking out of his ass. There is too much money on the table with both tours.”

The Black Crowes singer Chris Robinson recently told KLOS why the reunion is so important, “I think working through it is gonna be like a theme. But life is full of cruel mysteries. It’s been a long time, and I think Rich and I, we went many years without speaking to each other. On one level, people with family and siblings, whether you work with them or not, it’s tough, in any dynamic.

But when you work together, and then you’re in something like rock and roll, which is the most beautiful… Rich and I will always agree; we’re humble in the face of the tradition we get to work in. But you’re young, and stuff happens — all cool stuff — but it’s a lot of pressure. And eventually, we just ended up not being able to deal. But I’ve been through a lot of changes, Rich has been through a lot of changes, and then it just seemed like [the right time to reconnect].” Keith Richards mocking The Black Crowes was revealed last month.