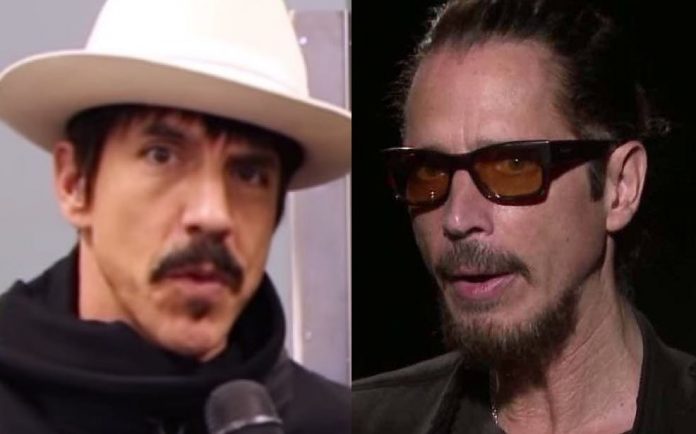 In a new interview with Scott Lipps on Dash Radio, Anthony Kiedis revealed that Red Hot Chili Peppers have a song about suicide that is unreleased. Many celebrities have died by suicide in recent years, including Chris Cornell, Robin Williams, Chester Bennington, Anthony Bourdain, and Kate Spade. Alternative Nation transcribed Kiedis’ comments.

And so, I was stricken with grief over the loss of someone that I was not close to and I ended up writing a song about not judging people for killing themselves because they’re in so much pain that you can’t even comprehend. Like maybe it was a miracle that he got 65 years on this Earth, surviving with that pain, and raising his family with that pain, so when he finally checked out I was like, ‘let’s just, let’s not judge him for that.’ We don’t know what he was going through.”

Lipps added, “That’s what I was gonna say, you never know what people are going through. What song was that?”

Kiedis said, “It didn’t make it to the record.”