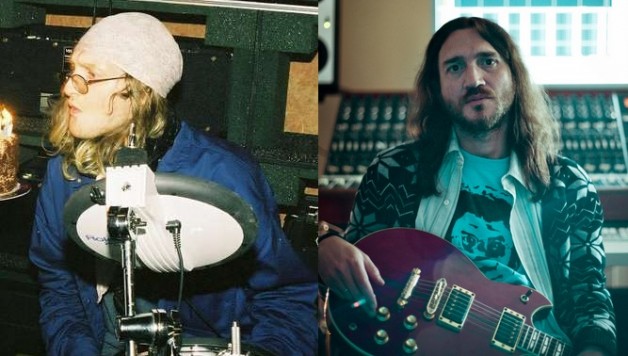 Today is the 17-year anniversary of legendary Alice In Chains singer Layne Staley’s death, but just a couple of years before he died from a drug overdose on April 5, 2002, former Red Hot Chili Peppers guitarist John Frusciante tried to save his life.

Around 1999/2000, Bob Forrest and John Frusciante tried to help Alice In Chains frontman Layne Staley get clean. Forrest recalls the story in his book Running with Monsters: A Memoir. Forrest had gained a reputation at the time as being someone who could communicate with addicts, and he had helped Frusciante get clean in 1998. Frusciante was hesitant to visit Staley because he didn’t think you could really preach to somebody about getting clean, but Forrest was adamant about trying to help him.

Forrest called back Staley’s mother Nancy and told her that they’d try to help him, though he told her he didn’t know if it’d work. Nancy responded, “Layne’s got an odd sense of humor. I told him that John had gangrene once. He said, ‘In his arm? That’s terrible, Mom. John’s a guitar player. He needs his hands and arms. Me? I’m just a singer. I can get by without them.’ I know he was joking, but I don’t like to hear stuff like that. Can you try to talk sense to him?”

Forrest agreed to, and he and Frusciante visited Staley at his Seattle condo. Forrest says that Staley’s mind clearly still worked but that he was “a million miles away.”

Staley was playing video games while they talked, and “pretended” to listen according to Forrest. After Forrest and Frusciante left, Forrest said, “I don’t think he’ll come out of this.” Frusciante said, “It’s his life, man.” Staley died from a drug overdose on April 5, 2002. Forrest said that for a long time he had thought love could cure addiction, but he said that he loved Layne Staley and it didn’t save him.