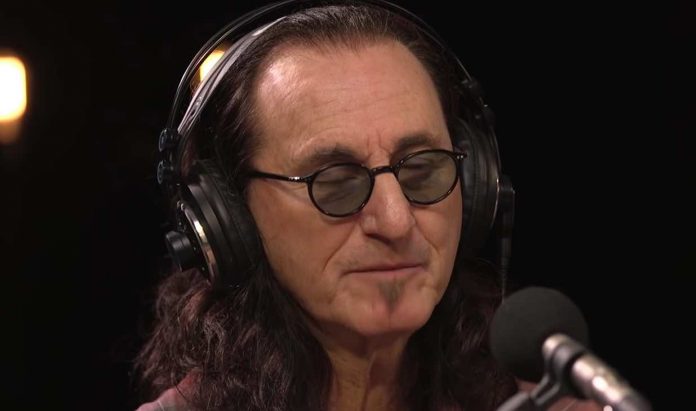 Rush singer Geddy Lee was recently asked about the influence marijuana has had on Rush, and his thoughts on Canada legalizing it, saying he’s sad it’s still illegal in many places. Geddy Lee revealed last month who he begged for a sad amount of money.

Lee said, “Marijuana and Rush? Never. Outrageous concept. ‘A Passage to Bangkok’ is just about a train, man! It’s not about anything else. [Laughs.] Yeah listen, I’m really happy that marijuana is being legalized here. It should be legalized everywhere and it’s not going away. It makes people happy, it eases people’s pain, and more importantly, it eases people’s boredom. So more power to it.”

Geddy Lee recently took a bold shot at a Neil Peart classic. He also discussed younger rock bands. “I’m sure they’re out there. If guess they’re having a harder time breaking through. You know, there’s so many different kinds of music and we’ve become a very impatient society due to social media and Instagram and all that stuff. There’s good things that come with social media, but there’s also an attention deficit that’s taking place, so it becomes harder to have the patience to find the new stuff.

You can read the full interview at Sharp Magazine. Lee recently told Talkin’ Rock with Meltdown about Rush finding success, “Well, certainly we were sort of headed in the unsuccessful direction until we did [1976’s] ‘2112.’ I think a lot of fans know that story. We were really struggling. On the [1975’s] ‘Caress of Steel’ tour, we were really playing smaller venues.

We were playing with a fellow named Ted Nugent, and both of us are playing small venues and clubs in the south and south-west. It was seeming like our dreams weren’t going to come true in the near future. But then, we went into the studio and did ‘2112’ and it really did change everything for us; it really turned the whole trajectory around.” Geddy Lee recently reacted to a stunning Dave Grohl Rush rumor.