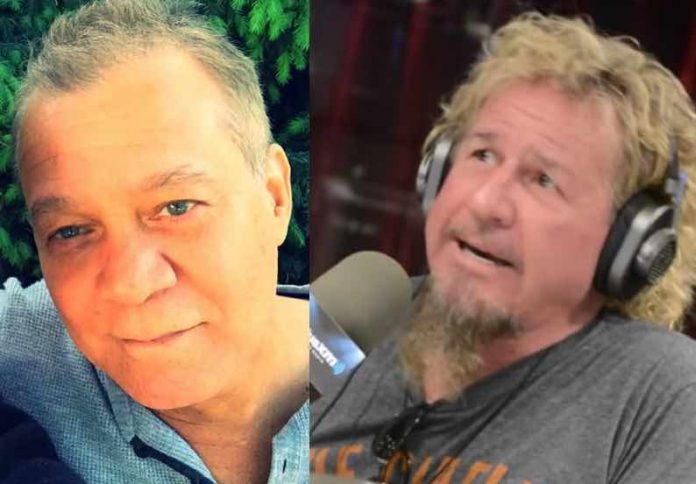 Sammy Hagar revealed that he regretted some of his Eddie Van Halen stories in “Red: My Uncensored Life In Rock” book in a new Rock This With Allison Hagendorf interview on Spotify.

“I included everything. There’s nothing I didn’t say. I kind of wish I would have been a little more conservative about the VAN HALEN years. But I was angry when I wrote the book. They threw me out of the band, and they did it ruthlessly. And I don’t care what anyone says — God rest Eddie’s [Van Halen] soul; I love him to death — but him and his brother [Alex Van Halen] are pretty tough guys to deal with, if they go against you.

They really made it harder on me at a weird time in my life. So I was angry when I wrote that stuff, but I didn’t enhance it. Believe me, if anything, I was kind to those gentlemen at that time in our lives. And I’m so glad we came back together. But if I’d waited a little longer, I wouldn’t have been so angry and there wouldn’t have been so much angst in it.”

Sammy has been asked to record an audio book, a decade after the book was released. “They still want me to do it,” he said. “[But] I’m afraid, ’cause if I start reading it, I know I’m gonna change it. I’m gonna try to be nicer, or I may tell a story that maybe wasn’t in the book, or I’ll remember something else.”