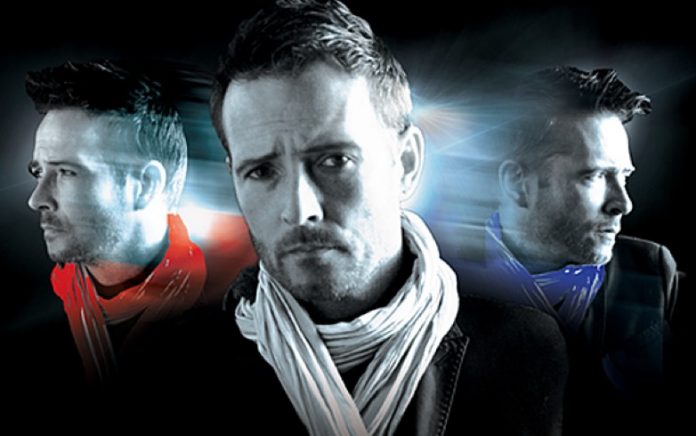 McKagan: You know, it’s difficult, when Scott [Weiland] went back to drugs and alcohol and when Mary [Weiland] and the kids left, I knew that the end was near. I knew that it wasn’t something that was unexpected. It still hurt of course, and we had been through so much and he had been sober for a couple of years. I had thought: “Okay, Scott had lost that romance for drugs, and he really wants to be [clean] but a’las, it wasn’t for him.

McKagan: I mean, Slash came very close to dying, I came very, very close and I don’t take it for granted. Even today, I woke up at 6:30 with a sore throat for no reason, that’s like 3:30 Pacific Coast Time but I’m still awake. I’m not pissing and moaning about a sore throat. I’m up, I got a record comin’ out and none of it gets past me.

In related news, Duff McKagan claimed that his late bandmate and Stone Temple Pilots frontman Scott Weiland had two separate funerals. Sources confirmed this to Alternative Nation a few years ago. One funeral was held at the Hollywood Forever Cemetery (Chris Cornell’s future resting place) with Weiland’s widow Jamie, while the other funeral was held with his children Noah and Lucy, and many of Scott’s friends he grew up with before his rock and roll fame. Duff McKagan discussed attending Weiland’s funerals for the first time in a new Rolling Stone interview.

He sings about the opioid epidemic on “Falling Down” and his own addictions on “Wasted Heart,” a song he previously recorded with his band Loaded, presenting both from a compassionate perspective. On the gospel-tinged “Feel,” though, he sings about his friends and people he looked up to, including his onetime Velvet Revolver bandmate Scott Weiland, Prince and Chris Cornell, who have died in recent years. McKagan had been close to Cornell. Since his wife and Cornell’s ex-wife had both given birth around the same time, the two new dads grew closer. “I had this hangover still from Scott, not processing it,” he says. “I went to two different funerals for him, both quiet, and I just didn’t know how to process it. It was one of those things, like, you could see it coming, but when it happens, it still fucking hurts. That sense of loss.”

About 50 people attended Scott Weiland’s funeral at the Hollywood Forever Cemetary in December 2015, including his former Velvet Revolver and Stone Temple Pilots bandmates. Slash, Duff McKagan, Dave Navarro, Rocco Guarino, Jamie Weiland (Scott’s widow), and Tom Vitorino (Scott’s manager) spoke at the funeral. The funeral had a very rock and roll vibe, with lots of leather and messy hair. There were a couple of beautiful slide shows with music.

Scott Weiland’s ex-wife Mary and teenage children Noah and Lucy did not attend the funeral, but they did remember Scott with their own memorial.

She later commented, “It was filled w/ love and funny beautiful stories about Scott ”

kodachromegirl commented, “It was really a beautiful service. Good seeing you. Nothing will ever extinguish the way he lit up the stage. I hope he has the found peace he deserves.”

Wildabouts drummer Joey Castillo commented, “He was more than a good man, he was Human…RIP Scotty.”

We are deeply saddened to learn of the loss of our old friend and bandmate, Scott Weiland. We experience a good chunk of life with Scott, and even in his darkest times, we all had hope and love for him. His artistry will live on, of that, there is no doubt.

Deepest condolences and sadness are for his children, Noah and Lucy. We all travelled around this world together on tour; our band, wives, and kids…and we grew to a big family that still remains to this day.

It’s just so sad and brutal from any perspective.