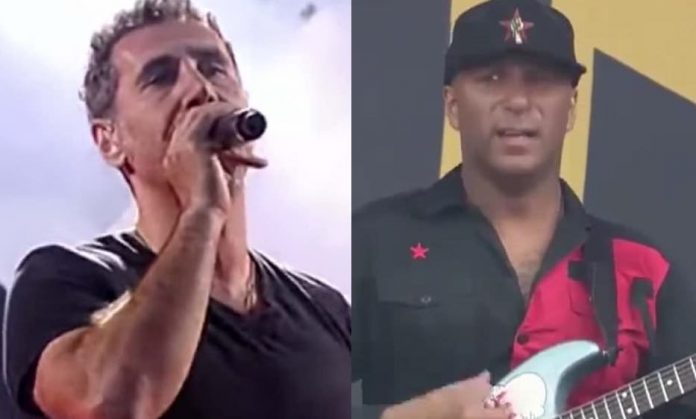 Tom Morello wrote on Instagram, “THANKYOU @serjtankian for joining us yesterday in tribute to @chriscornellofficial. Today is the 2nd anniversary of Chris’ passing so let’s all crank up some Soundgarden/Temple Of The Dog/Audioslave/Chris’ solo work in celebration of his life and tremendous talent. Also, visit Save.org.”

He also posted, “GREAT rocking crowd in Ohio at @sonictemplefestival as my midwestern kin brought #PowerToThePeople! #RightOn
.
Check it:

In Ohio, almost two out of three people in jail are being held pretrial. Ohio’s reliance on cash bail has perpetuated a two-tiered system of justice: one for the wealthy and one for the rest of us. @ACLUOH is working to #EndMoneyBail. Additionally, Ohio is comprised of gerrymandered congressional maps. Luckily a federal court just issued a ruling demanding #FairMaps in time for the 2020 election. Follow @ACLUOH for more updates on the case.”

You can see video of the performance below.