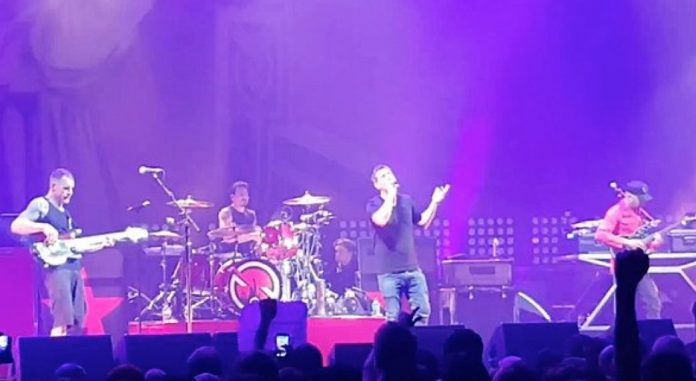 Rage Against The Machine guitarist Tom Morello has confirmed that he is recording with System of a Down singer Serj Tankian.

“Andy Gill was one of a handful of artists in history who changed the way guitars are played. His band @GangOfFourOfficial were just incendiary and completely groundbreaking with Andy’s confrontational, unnerving and sublime playing at the forefront. His jagged plague-disco raptor-attack industrial-funk deconstructed guitar anti-hero sonics and fierce poetic radical intellect were hugely influential to me.

Honored to be part of this tribute to Andy and @GangOfFourOfficial. @SerjTankian and I teamed up to take on “Natural’s Not In It” and you’ll be able to hear it next month.”

System of a Down drummer John Dolmayan recently thanked fans for donating to his Ascentia Kickstarter campaign, “Wow…A serious heartfelt Thank You to everyone who has backed this project so far! It has taken years to get here and I couldn’t be more excited to finally be unveiling this project to you all.

To have reached our first backer goal in under 2 hours is absolutely amazing and I know that you all will enjoy Ascencia as much as I have enjoyed working on this incredible journey for all of you.

Please continue to help my team and I get the word out about Ascencia, so we can reach as many people as possible.

Thank you all for supporting us on this journey!”