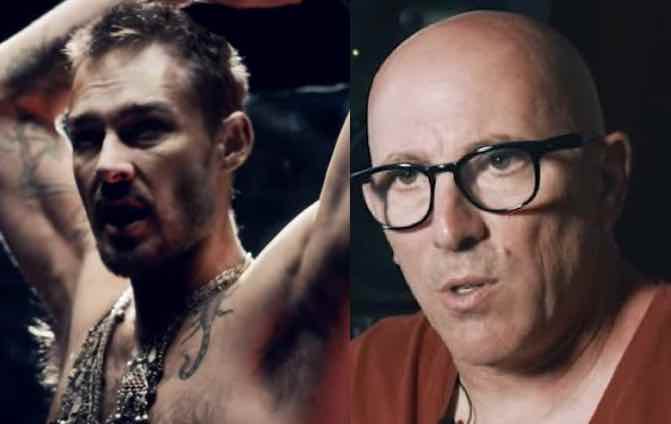 Tool’s Reddit page recently posted a rare screenshot photo of Silverchair singer Daniel Johns paying homage to Maynard James Keenan and Tool, and revealing he is a huge fan of the band in a classic music video.

Elbowleg513 posted, “Frogstomp was one of the first few albums I owned. Got it in 5th or 6th grade shortly after the video for ‘Tomorrow’ was blowing up on MTV. It’s amazing to think that three 16 year old kids made an album that I will absolutely adore until the day I die

Just turned 35 and those first two albums will always have a very special place in my heart. I really need to grow up like they did and listen to the rest of their shit more often. Diorama was pretty good but I didn’t really dig Young Modern or whatever it was called. I think I need to revisit their newer stuff. I feel like I’m doing them a huge disservice. Edit: I need to listen to their newer stuff, not their older stuff. I’m pretty well versed on the first two albums.”

SirKadath chimed in, “You know it’s funny, I used to think bands like this were just a pure rip off of Nirvana because there were bands in that category who were all doing the same thing and I hated it. Which even today looking back on it that’s still a valid argument however.. i really miss those times lol.”

nddurst wrote, “Same here. Silverchair, Bush, and even Seether. I can’t get into them because I just see them as pure ripoffs. I’m sure I’m not totally right about that, but on the surface they seem very unoriginal. That being said…f*** do I miss 90s music. EDIT: I should add that had I been in a band in the 90s I would be guilty of the exact same thing lol.”

Eelbowleg513 added, “Silverchair made a better debut album than both of those bands when they were still teenagers. I bought 16 Stone by Bush after it came out. Right around the same time as Silverchair’s first record. You wanna know which debut album I still love and think totally holds up today? I’ll give you a hint: not Bush.”

Throwback: Daniel John’s of Silverchair rockin’ a Tool-T in an old Music Video from r/ToolBand