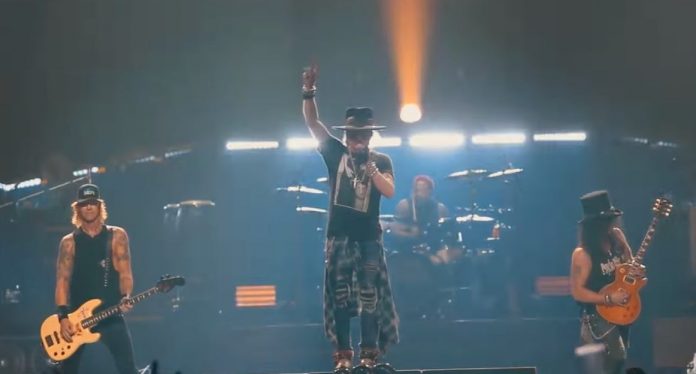 Slash’s father Tony Hudson has posted on Instagram in response to reports that Guns N’ Roses will make a new album, the first album of new material to reunite original members Axl Rose, Slash, and Duff McKagan since the Use Your Illusion albums in 1991.

Slash has said in several interviews recently that he hopes to record a new album with Guns N’ Roses, that he has guitar riff ideas, and that Axl Rose has a ton of songs. He also said there isn’t any deadline, and it’s something they’ll discuss after they finish upcoming tour dates.

Slash discussed his late friend Lemmy in a new Revolver interview, “Lemmy was such a fucking awesome individual. We were good friends since we met in 1987, which is when Guns first went to London. Motorhead was doing a record. We went down to meet them for the first time and we all hit it off. Lemmy and I kept in touch and became good friends over the years.

“He was such a great example of what rock and roll was all about,” Slash added. “You can put on all kinds of labels — heavy metal, hard rock, whatever — but he embodied the spirit of what rock and roll is. For years and years, I could be anywhere in the world and somehow Lemmy was there. The planet is a lesser place without him. I really miss him a lot.”