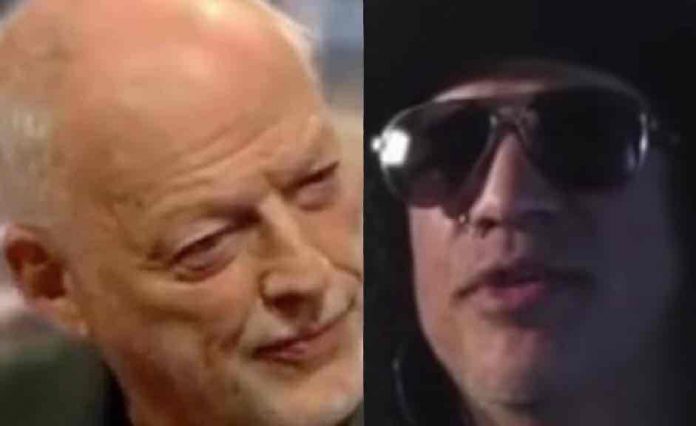 The Guns N’ Roses legendary guitarist Slash recently spoke to Rolling Stone. He spoke about having a collection of guitars for well over 400. He also revealed possessing a couple of cars.  He went on to add that he found it interesting when he noted that David Gilmour and Eric Clapton were selling their guitars.

Slash said: “Well, you’re talking to the owner of some 400 guitars. It’s a lot of f***ing guitars. I keep acquiring them if not buying them, so that’s pretty much it. Other than that, I don’t have a lot of expensive material things. I have two cars. So I can’t say that I’m overly indulgent in any other way, but the guitar thing is a little bit of an addiction.”

He added: “And I’ve amassed a lot of guitars over the years, and I still buy them. At some point in time, I do use everything. But it does seem like a lot of guitars. When David Gilmour and Eric Clapton were selling theirs, I thought, ‘Hmm. That’s interesting. I wonder what that feels like. Is that liberating, or what?’”

CNN had previously noted that back in 2019, Pink Floyd’s David Gilmour auctioned 126 of his guitars for a record-breaking, whopping amount of $21 million at a New York charity auction Thursday to fight against climate change. The auction went on for straight eight hours and had bidders from 66 countries around the world, according to British auction house Christies, which handled the sales.

Slash also discussed his own guitar solos, “A lot of people are so self-indulgent when they do solos that the solos they do don’t have anything to do with the song; they just jam, fucking play all their licks. And the fact that you would say it’s melodic enough to be sing-songy means that [my playing is] within the structure of the melodic trajectory of the song. I think that’s a good thing. I always loved guitar solos, but I always loved them within the context of the material, not so much when somebody’s just standing onstage playing a whole bunch of stuff by himself. I really sort of like a guitar solo as it affects the song.”