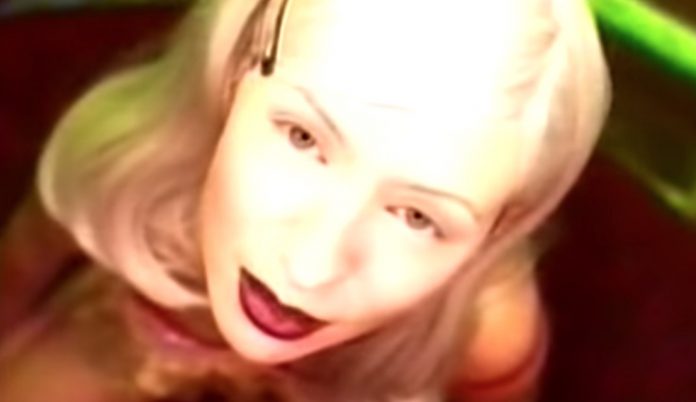 Today is the 50th birthday of legendary Smashing Pumpkins bassist D’arcy Wretzky (though we’re posting this a couple of hours early). While D’arcy has not performed live or released music in nearly 20 years, her legacy lives on as one of the most influential women in 90’s rock. We can only hope that one day she decides to return with some new music and live performances!

To celebrate her 50th birthday, here are D’arcy’s 5 greatest moments as a singer. Feel free to leave your birthday wishes in the comments section, as she has been known to peek at them on Alternative Nation. I’ve gotten to know D’arcy a bit over the last few months, and she’s got a huge heart, so send her some love!

“Daydream” is the sole song on a Smashing Pumpkins studio album to feature D’arcy on lead vocals. The track appeared on Gish, and has remained a fan favorite for 27 years. D’arcy’s vocals on the track are vulnerable and emotional, a true standout moment on Gish. It’s a short song and definitely leaves you wanting more.

“Farewell and Goodnight” is the bookend of The Smashing Pumpkins’ epic Mellon Collie and the Infinite Sadness. It is the only Pumpkins song to feature all four members on vocals. The song really captures the chemistry of the band’s original lineup. D’arcy’s duet verse with Jimmy Chamberlin is one of the most powerful moments of the song, their voices beautifully harmonize with each other, and Billy Corgan and James Iha eventually join them. Billy, D’arcy, James, and Jimmy truly were something special together!

D’arcy provided guest vocals on Catherine’s song “Four Lead Clover” in 1996. The song is quintessential 90’s alternative rock, driven by a Pixiesesque guitar riff. D’arcy’s vocals add a lot of character to the song, and hearing her makes you wonder what she could do with her own Breeders type band!

D’arcy provided backing vocals for the live version of the Adore classic “To Sheila.” She helped bring the song to life live vocally in a way that hasn’t always happened when the revived Pumpkins have played it in the last decade.

“One and Two” appeared on James Iha’s debut solo album Let It Come Down, though it was originally worked on as a Smashing Pumpkins song. D’arcy’s harmonies here with James Iha are some of her most beautiful vocal work.

Thanks for all the music and performances D’arcy, and happy 50th birthday!