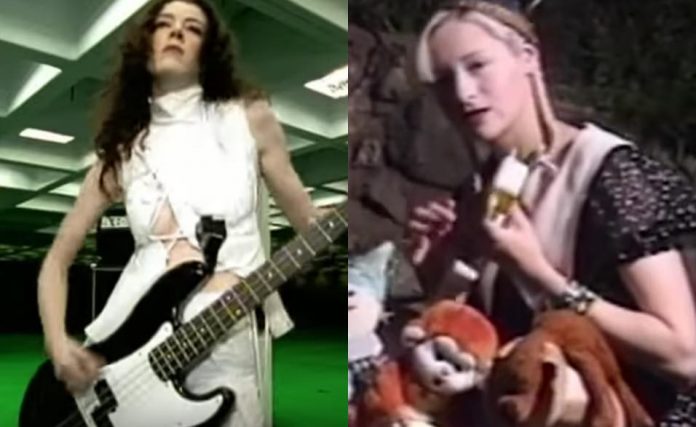 During a performance of “Rhinocerous” highlights of the band’s videography were played, and D’arcy was completely cut, including a shot of the band performing in the “Zero” video. Melissa auf der Maur was not shown in any “The Everlasting Gaze” and “Stand Inside Your Love” music video shots.

Phoenix New Times reported, “Speaking of the missing fourth: D’arcy’s absence was most keenly felt in the video projections playing behind the band. They played a montage of Pumpkins’ music videos throughout ‘Rhinoceros,’ showing everything from their early Chicago days to their Machina ‘Now we wear floor-length leather kimonos’ videos. Absent in that supercut of Pumpkins videos was D’arcy; even replacement bassist Melissa Auf der Maur barely made an appearance. It’s as if they never existed. Images projected on stage throughout the night reiterated this editing decision: The Pumpkins have always been Corgan, Iha, and Chamberlain. We have always been at war with Eastasia.”

See a screenshot and the video below. 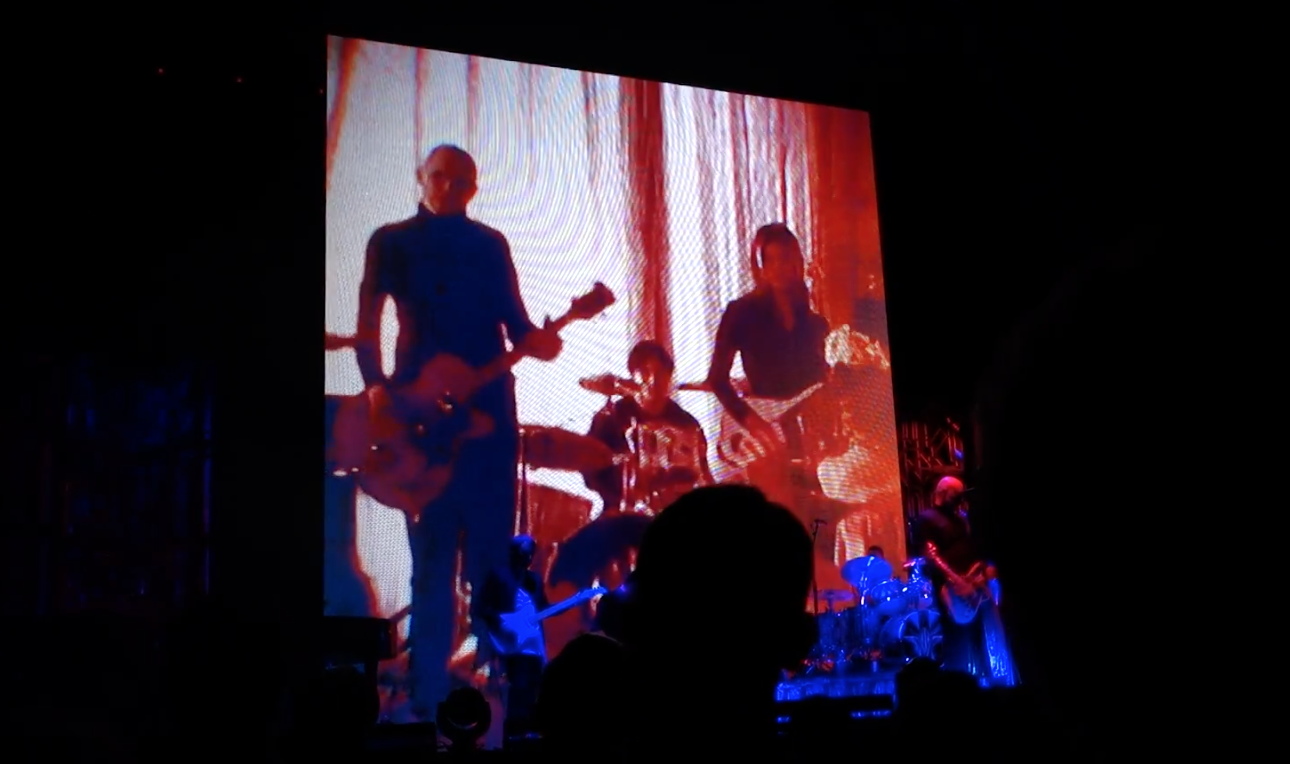