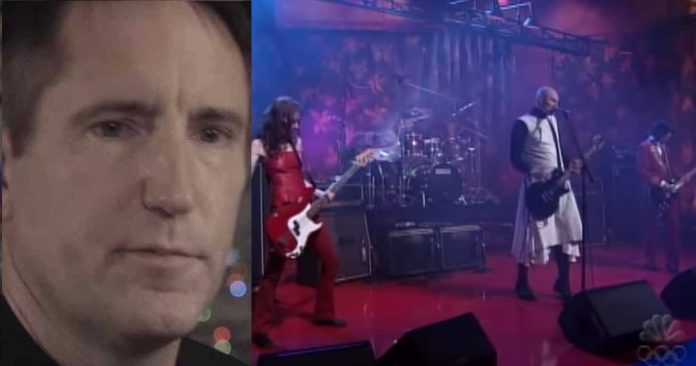 “I had only been in your band for a couple of weeks when we began our first mega USA tour. It was 1994, a triple-threat bill – Hole sandwiched between Nine Inch Nails and Marilyn Manson. It was dark. It was heavy. Welcome to your new life, young art schoolgirl, Melissa!

I was so new to the band and I didn’t know anyone, so I was getting to know everyone quickly. It was something that a dear old friend of Courtney’s, Joe Mama Nitzberg, said backstage that has always stuck with me. It was something along the lines of, ‘Those guys go out there dressed in the leather and makeup, hiding behind machines and strobe lights, threatening to commune with the devil, while Courtney steps onstage in nothing but in a ripped lace slip, smudged red lipstick, three awkward, shy band members, no stage show, just raw guitars and drums, able to stand up to the devil himself with the power and rage like none of came close to.’