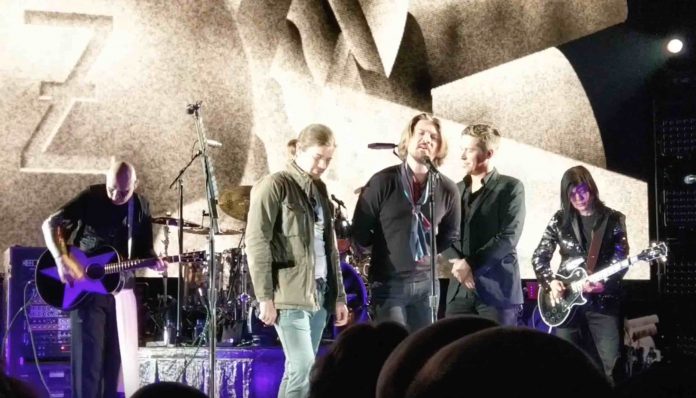 The Tulsa show was celebratory, with 90’s pop icons Hanson joining the Pumpkins onstage for a cover of Fleetwood Mac’s “Landslide”. James Iha is friends with Taylor Hanson, as they used to play together in the supergroup Tinted Windows with Fountains of Wayne bassist Adam Schlesinger, and Cheap Trick drummer Bun E. Carlos. They released one album in April 2009.

Taylor Meade from the Chainsaw Kittens was a guest on a cover of David Bowie’s “Suffragette City”.