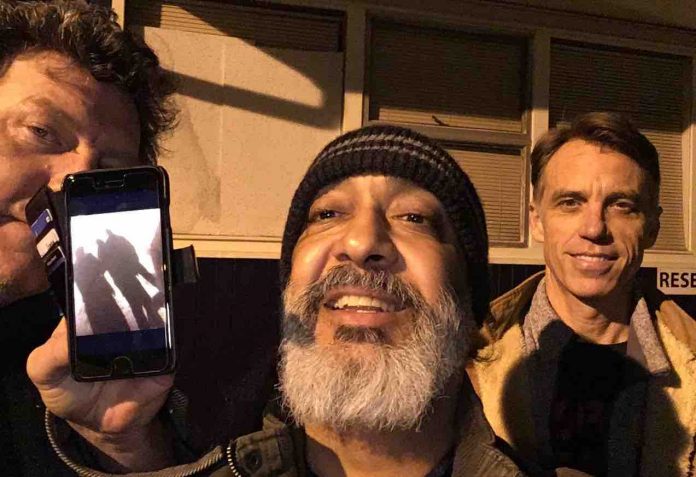 Kim Thayil was not a fan of early Niravana

The trio and Beato discussd a wide variety of themes and topics throughout their close to two hours together. Right out of the gate, fans were a bit taken aback by Kim’s response when Rick asked him what he thought of Nirvana the first time he heard them. The grunge nerds in us expected nothing but praise.

Kim, however, wasn’t terribly impressed, and said he didn’t think Nirvana’s first sessions with Endino were great. Here’s what he had to say:

The group, whose lineup is rounded out by Bubba Dupree, guitarist for D.C. hardcore outfit Void and alt-metal supergroup Hater (also featuring Cameron),and vocalists Jennifer Johnson and Jillian Raye (Novoselic’s bandmate in Giants in The Trees), surprised the fans as they released its self-titled debut album, recorded and mixed by Endino, on April 11.

In the “Rhythm Of The Ride” video, which was shot at Murky Slough Studios in Naselle, Washington, Novoselic can be seen playing acoustic guitar, accompanied by Raye and Johnson.