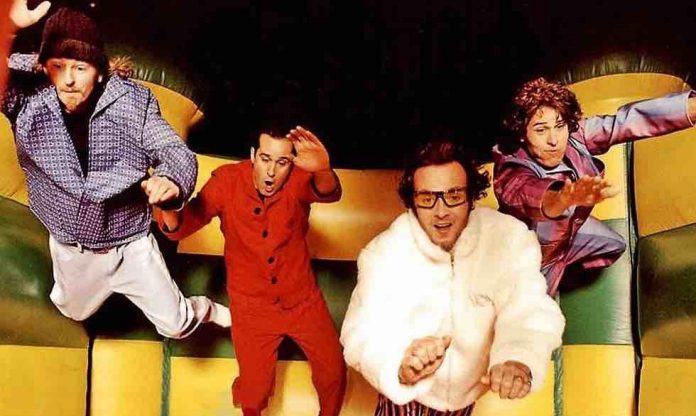 Stone Temple Pilots’ “Trippin On A Hole In A Paper Heart” (Early Version) is included on the forthcoming Super Deluxe Edition of ‘Tiny Music… Songs from the Vatican Gift Shop’ available July 23rd. The Super Deluxe Edition celebrates the album’s 25th anniversary combines a newly remastered version of the album with unreleased early takes, alternate versions, and a full concert from 1997. Get your copy here https://Rhino.lnk.to/TinyMusicID.

Released on March 26, 1996, the album is a pitch-perfect amalgamation of the band members’ musical personalities, yielding three #1 hits – “Big Bang Baby,” “Lady Picture Show,” and “Trippin’ On A Hole In A Paper Heart.”

Ace Cola commented on YouTube, “This paired with the early version of Big Bang Baby really shows how much the drugs affected his voice even this early on. This is 19 years before 2015 and the infamous “Vasoline” performance but you can really see the toll it took on his voice.

Now this is nowhere near as bad as that, in fact some of the vocals from this, mainly the first chorus, seem to be used on the final version of “Trippin’…” but once you hear it it’s kinda sad since it reminds you of the path he’d eventually go down. It’s why it’s hard to revisit this album and 12 Bar Blues (Scott’s first solo record) sometimes, because once you notice the strain the drugs had on his voice in this period, it’s hard not to.”