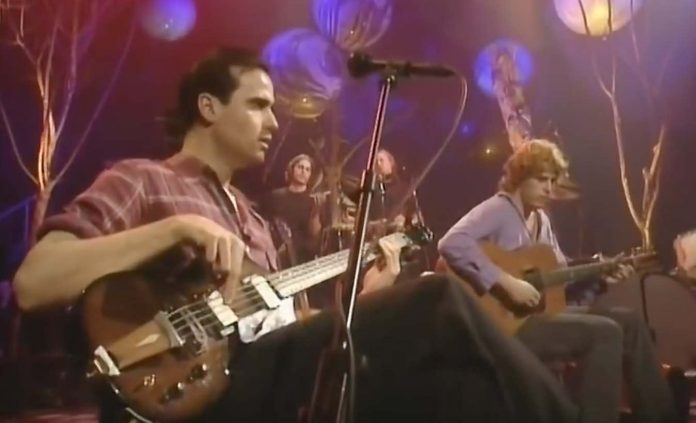 Stone Temple Pilots will perform Purple in its entirety on October 16th. Tickets to watch online cost $10 while a ticket and t-shirt package costs $35. STP performed Core in its entirety for the first time a couple of months ago. The band released 25th anniversary editions of Core and Purple in 2017 and 2019.

The band had plans to tour for the 20th anniversaries of the albums with the late Scott Weiland in 2013, but Weiland took the tour for himself with the infamous ‘Purple at the Core’ tour and was fired from STP.

STP have had some bad luck this year, with their acoustic album Perdida being released in February but the tour for the album being canceled due to singer Jeff Gutt being injured. STP’s summer tour with Nickelback was then canceled due to the worldwide pandemic, with 2020 being a reprieve for STP touring wise after a very busy 2018 and 2019, where they also co-headlined with bands like Bush and The Cult.

STP have performed all of the songs off of Purple live since reuniting in 2008, with the notable exception of “Kitchenware & Candybars,” the epic final song on the record that hasn’t been performed by STP live since October 17, 2002 in Columbus, Ohio. Scott Weiland last performed the song live on September 14, 2013 in Utica, New York on his ‘Purple at the Core’ tour. Stone Temple Pilots recently announced a new Scott Weiland release.