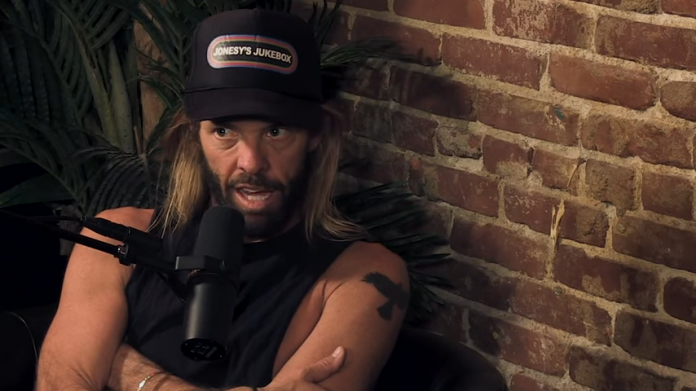 Jane’s Addiction is set to kick off their tour and it will feature most of the band’s classic lineup. It seems that is made possible by none other than the late Foo Fighters drummer, Taylor Hawkins.

This fall, Jane’s Addiction is hitting the road with the Smashing Pumpkins for an extensive tour of North America that lasts until mid-November. But this trek is special: bassist Eric Avery is back in the band for the first time since 2010. The only member of the band’s classic lineup who won’t be performing on the tour is guitarist Dave Navarro, who never left the group but recently announced that he’d have to sit out due to complications from long battled virus owing to the pandemic.

Guitarist Troy Van Leeuwen will step in for Navarro and fans will still get a chance to see Avery back amongst his bandmates. Getting to this point hasn’t always been easy. The last time Avery played with Jane’s Addiction, it was for a brief period between 2008 and 2010, in which neither Avery nor the rest of the band members felt entirely comfortable with the reunion. “It was just really frustrating from the moment I was involved,” Avery said in a recent interview with Rolling Stone. “I felt like I was pushing a very big rock up a hill.”

After he left the band again, Avery posted a 17-part video series on YouTube, detailing his dissatisfaction with how the reunion had went. Navarro retaliated. “I don’t wish him any harm,” the guitarist said in 2013. “I have a lot of fond memories with him. But if you’re going to f***in’ open your mouth about the inner workings and dynamics of something that has been very, very good to you for a lot of years, and then not follow through on anything else, you’ve got it coming.” Navarro and Avery quietly made up in private, but the idea of another Jane’s Addiction reunion became the furthest thing from anyone’s mind.

Until Hawkins called. Avery remembered receiving a phone call from him around two years ago, “totally out of the blue.” Hawkins, a fan of the band himself, told Avery he’d been speaking with Farrell and that the singer was thinking about getting the classic lineup of the band back together to play various Lollapaloozas. Hawkins relayed the message, telling Avery that Farrell wanted him to be involved, but didn’t think the bassist would do it.

Avery possibly agreed at the time, but then a second phone call from Hawkins came, in which the drummer relayed more details about Farrell’s visions for the performances. It included Avery’s replacement, bassist Chris Chaney, staying in the band and playing some keyboards in addition to bass, and Avery also switching between keys and bass. Uncomfortable with the idea, he explained to Hawkins that he didn’t want to participate, who told him that Farrell would be calling him anyway.

Avery’s wife, who had overheard the phone calls, knew that Farrell and her husband had previously butted heads over Avery’s last-minute decisions. She urged him to call Hawkins again and explain the situation, which he did: “If you really want there to be any hope of us working together again, you have to put this fire out,” he told the drummer. “You have to let him know that you told me a different thing. You have to explain that.”

Hawkins obliged, and when Avery eventually spoke with Farrell, the conversation went surprisingly well. “Perry and I then got on the phone, and I was able to say some things to him which were a lot of years in coming,” Avery said. “We wound up in a really, really great place at the end of a 40-minute phone call, and we sort of buried the hatchet. It was just two adult guys coming to a resolution about stuff.”

After Hawkins’ death in March 2022, Farrell and Avery met for lunch, which Avery assumed would involve a discussion about preparing some kind of tribute to Hawkins, but instead laid out a plan for integrating Avery back into the band, writing new music with them and playing shows. Avery cautiously agreed, and eventually found the experience of rejoining the group to be personally and creatively pleasant – nothing like the last reunion.