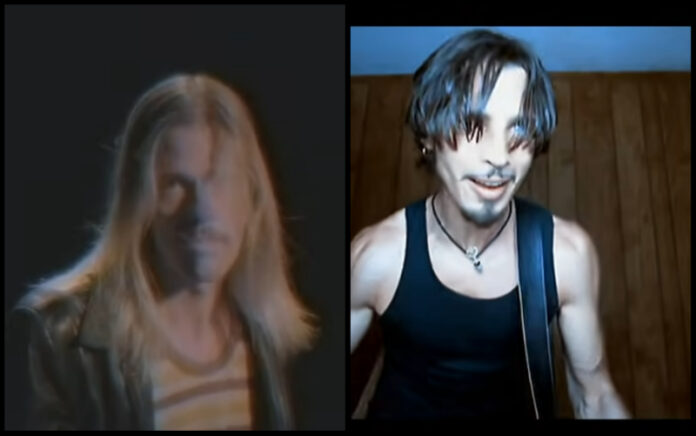 The death of Foo Fighters drummer Taylor Hawkins shocked the rock and roll community to the core earlier this year. Hawkins passed away on March 25, 2022, after emergency services were called to the Casa Medina hotel in Bogotá, Colombia where Hawkins would previously been complaining of chest pain. Additionally, the Foo Fighters and frontman Dave Grohl would cancel all upcoming shows on March 29th, 2022.

During an interview that took place prior to Hawkins’ death, the beloved Foo Fighters drummer would pay tribute to another fallen grunge icon in Chris Cornell. The interview was for a segment that will be used for an upcoming rockumentary entitled ‘Let There Be Drums!’. Showcasing his ‘hang room’ which included pictures of fellow greats including Jane’s Addiction member Perry Farrell and Pearl Jam’s Matt Cameron, Hawkins would also include Chris Cornell’s picture, also adding, “There’s Chris Cornell — rest his soul.”

Elsewhere in the interview, Hawkins revealed how a special jam session with Jerry Garcia and the Grateful Dead greatly impacted his life. Credit to the New York Post for the below.

At first, I was like, ‘What’s going on?’ … Everyone’s throwing energy and, you know, passing each other doobies and s–t,” Hawkins recalled. “And I’m like, ‘Oh, OK, they don’t know how they’re gonna start this song.’ They just do this, like, improvisational jazz thing. And that got me good … I loved the chances they took the whole time.”

“Three days after that show, I had to go to Europe to do a two-week tour with the Foo Fighters,” he says. “And I just started, like, taking a lot more chances. I had some of the best shows I’ve had in a long time, if not ever. I kept saying to Dave — our singer and our fearless leader Dave Grohl — I just kept going, ‘F—king Dead show, man. I’m telling you, dude.’ It took me to new heights.”

He concluded: ““I wasn’t shining at anything, and the second I sat on the drums, it was like a bolt of lightning through my body. And I’ll never forget that day,” he says. “And never from that second on did I not say this is what I’m gonna do.”