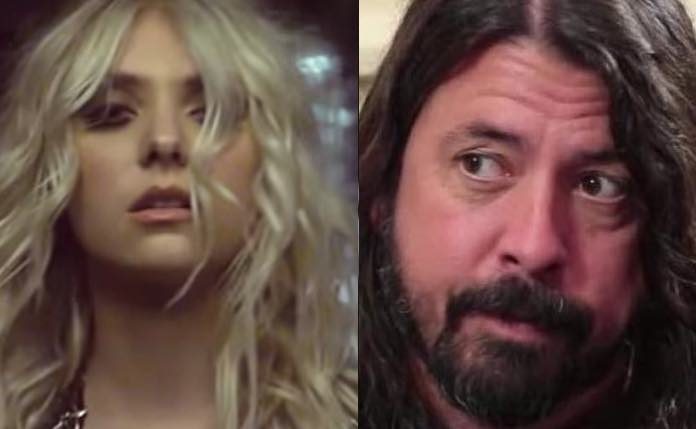 Taylor Momsen reacted to The Pretty Reckless’ Death By Rock and Roll overthrowing Dave Grohl and Foo Fighters’ Medicine at Midnight on the charts in a new Thorn of Rock interview.

“It’s insane. I don’t know how to feel. It’s mindblowing. I mean, you never what to expect when releasing an album at any period in time, but especially nowadays, with the state of the world and how crazy everything is. We had no idea. It’s an incredible honor, and I’m so happy that people are taking the time to listen to this album that we spent so much time working on. I really poured everything I had of myself into it. So I’m incredibly grateful — and excited.”

Asked if she believed in “Death By Rock And Roll” from the beginning, Taylor said she did, “Of course. I wouldn’t make it if I didn’t believe in it. I think that’s the key to success in any form. And I’m not talking about commercial success; I’m talking about personal success. I don’t make something unless I really believe in it. And as soon as I wrote the record, I knew that we had something really special, and we had to record it.

And then that was a whole other process — recording everything and making what I hear in my head somehow come out the other end of the speakers so everyone else can hear it too. And that comes with a lot of trial and error. But I really think that we accomplished something extraordinarily special on this record. I really do think this might be the best album we’ve ever released.”